This story was posted 2 years ago
in Business, OPINION/COMMENTARY, Politics
5 min. read

“The way China is dishing out loans in the Caribbean should worry every right-thinking soul in the area,” said a man who was arguing in St George’s town, Grenada, with other passersby at a newspaper stand following a headline that China has given another loan to Grenada.

I was passing by when I heard him say that, but the full weight of the man’s assertion rested like a burden on my shoulders, when later that evening, I stumbled on another report saying that China has given loans to many African countries to the tune of hundreds of billions of US dollars. Indeed, this kind of gesture should worry the hell out of every living soul, not just in Caribbean countries but Africa as well.

Marco Rubio, in his lamentation about the way China is spreading money in the Caribbean said he is “very concerned.” On the surface, it looks like a normal intervention from a superpower nation, but a philosophical look would readily indicate that there is something sinister to this kind-heartedness. Recalling how Africa fell to the earlier colonial escapades by Europe, it is safe, therefore, to say that we in Grenada are about to start, if not started, a journey of ‘economic-re-colonisation’ if our leaders do not remove the monkey’s hand from the Chinese pot of soup before it becomes a real human hand.

A man whose mother was killed by a red animal does not withstand the sight of an anthill. One of Africa’s postcolonial problems is her leaders’ inability to look backwards in order to move forward.

One truth we should not stop telling ourselves is that these alien systems of government have continually made it impossible for Africa or the Caribbean countries to grow as it should. One does not neglect the ways of their fathers and expect to be traditionally, culturally and economically successful.

Not only African leaders, but this new system of government has also made it possible for Caribbean leaders to be bereft of innovative ideas. They fail to look within and use available and trusted cultural materials, ideas and frameworks to make their individual nations workable, the reason why we keep depending on expatriates for everything, including funds to run our borrowed, unbefitting and expensive systems of government that are grossly inefficient.

For sure, there is no benefiting bilateral trade agreement that comes with these heavy, irredeemable loans. At best, we could bend down and clearly see the emancipationist trait in the newfound “love” China has suddenly developed.

As it is in Nigeria, so it is in Kenya, Uganda, Ghana, Zimbabwe, Zambia and many other African nations whose leaders are using these loans for self-enrichment. Go to these nations, there is practically nothing that has been made workable with these loans, something that could yield returns and ensure that China gets their monies back.

What we are rather seeing are doors opened for Chinese nationals in every of these nations’ important business zones and we are up against the ever competing for Chinese people who have practically overrun Africa with their presence, exporting raw materials (openly and clandestinely) to their nation which is in turn used to make products that are of lesser standards and are reintroduced into these African nations as alternatives.

So many people are crying foul in Africa because they believe, and correctly too, that their home government entered into a selfish deal with the Chinese government and shortchanged them. Care needs to be taken by the Grenadian government in all their dealings with Chinese money so that Grenada will not join Africa in their foul crying.

In this new-found economic love, transparency is more than critical because China may have a history of shrouding the terms and conditions of their grants to smaller countries in secrecy. Unlike China for instance, on 7 January 2020, HE Yolanda Smith “signed documents for the second Resilience and Blue Growth Development Policy Financing on behalf of Grenada.” These documents will make it possible for Grenada to receive about US$20 million in loans. What is interesting is that the terms of this loan are the public domain, not in a state of secrecy.

More importantly, in dealing with Chinese money, let our government ensure that debt sustainability analysis is carried out without any of the details hidden. This kind of truthful analysis and assessment will help the government to come up with a healthy borrowing strategy that will ensure a comfortable repayment, and also create massive sustainable employment for many.

It is no longer news that these grants go hand in hand with Chinese companies and their workers. A reasonable reduction of Chinese workers will no doubt create more employment opportunities for our youths.

A proper look into the Chinese loan/grants to countries like Bangladesh, Venezuela, Cuba, Ukraine, Ecuador, Sri Lanka, may grant us a clue to how China operates, and sometimes, a clue to some of their key interests.

One thing is certain, we are required to pay back these loans. Another thing is even more critically certain, we may not be able to pay back because of the huge and accumulated interests on them. Given that Grenada is a consuming country, there is every tendency that our government will not seize asking for more loans. The end result is that a time would come when we may have to cede some part of Grenada to them to run and recoup their monies.

Beijing may sooner or later have the best part of our Island of Spice. Unless Grenada is dealing with a “born-again” China, that guarantees jobs for the local workers, charitably share contacts with the local companies, and most importantly, declares a state of celare nihil, these multiple loans may sooner or later require restructuring, renegotiation and reconstruction. By then, China may let out the hidden appetite for Grenada public sector assets. The signs are there. 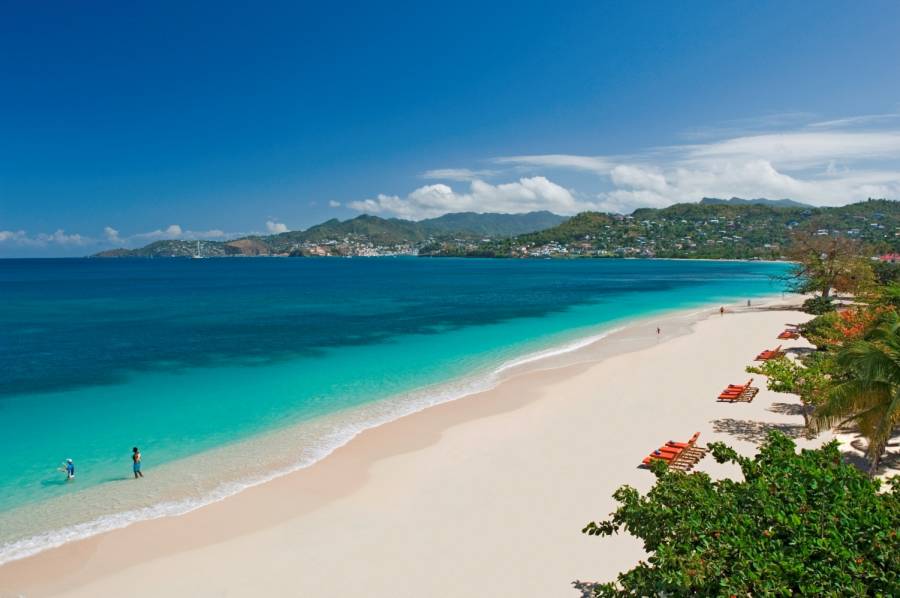 Grenada: Why you should check out the Caribbean’s underappreciated Spice Island