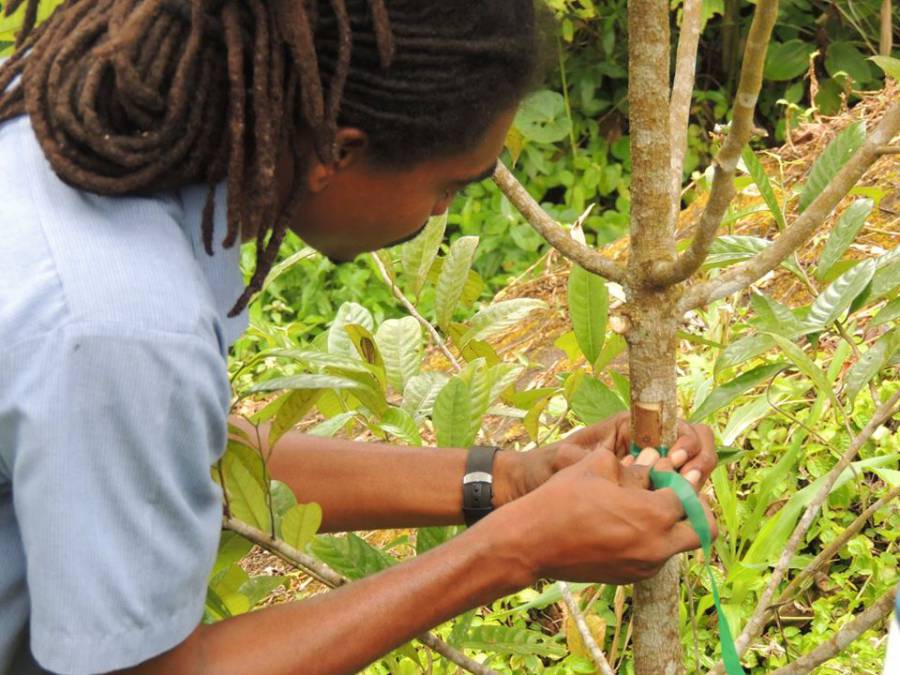 This story was posted 2 years ago
in Agriculture/Fisheries
4 min. read

A nutmeg farmer in Grenada could see a significant turnaround on his farm if a grafting initiative to convert hundreds of male trees into female bearing trees is proven successful.

“They have started declaring about March/April last year and regrettably we had an extremely high percentage of male plants or male declarations,” said Ambrose Phillip. More than 400 nutmeg seedlings were planted in 2016 and almost 80% have since declared as males. The farm is in Belvedere, an area that was famous for its banana production in the 1980s.

Despite the setback with the male trees, Phillip believes that nutmeg will remain Grenada’s black gold. “I believe there is a future in nutmeg.” Phillip is a retired public officer who believes that planting of fruit-bearing tree crops will bring benefits to the agricultural sector.

The grafting initiative is being undertaken by the Grenada office of the Caribbean Agricultural Research and Development Institute (CARDI) in collaboration with the Ministry of Agriculture, and the Grenada Cooperative Nutmeg Association (GCNA).

CARDI is an autonomous organisation serving the members of Caricom to provide appropriate agricultural research and development service for the agricultural sector of all member states. The institute’s role is essentially to develop, demonstrate and disseminate appropriate technology to increase production, productivity and utilisation of food for domestic and export markets.

Reginald Andall, CARDI’s representative in Grenada, said that a similar grafting project was undertaken in the aftermath of Hurricane Ivan in 2004 by another entity had a success rate of approximately 30%, but he believes that with improved monitoring and evaluation of the trees on Phillip’s farm will have a better success rate.

Andall said, “When we investigated the cost of grafting a nutmeg tree, we realised that it’s a much way cheaper than doing DNA sequencing.” He confirmed that the initial project provided for a number of grafters to be educated about the grafting process as a means to have crops return to bearing stage quickly. “So hence when we got to know about Mr Phillip’s debacle about his high rate of [male] nutmeg trees on his farm, we discussed it with the GCNA and decided that this will be a good intervention to start with a farm; to transfer the male plants into female bearing plants,” he said.

Sherwyn Joseph, Agricultural Instructor at the Mirabeau Propagation Station performed the task of grafting the first set of trees at Phillip’s farm. He explained that the branches used were selected for high-quality produce. “We selected plants that will bring profit to the farmer, such as big seed and big mace…We select those mother plants, take budding material from those plants and then we graft it on to those male plants. After the budding process it will take about a month to 6 weeks and the farmer will have to be there to observe the plant growth.”

Male nutmeg trees are not an uncommon issue among nutmeg farmers, and Roderick St Clair, General Manager of the GCNA, said that the success of the grafting project on Phillip’s farm will bring hope to other farmers with similar problems.

GCNA purchased 2.6 million pounds of nutmeg from farmers in 2019, some of which were exported while others were used to created value-added products as part of the Research and Development Unit of the association. 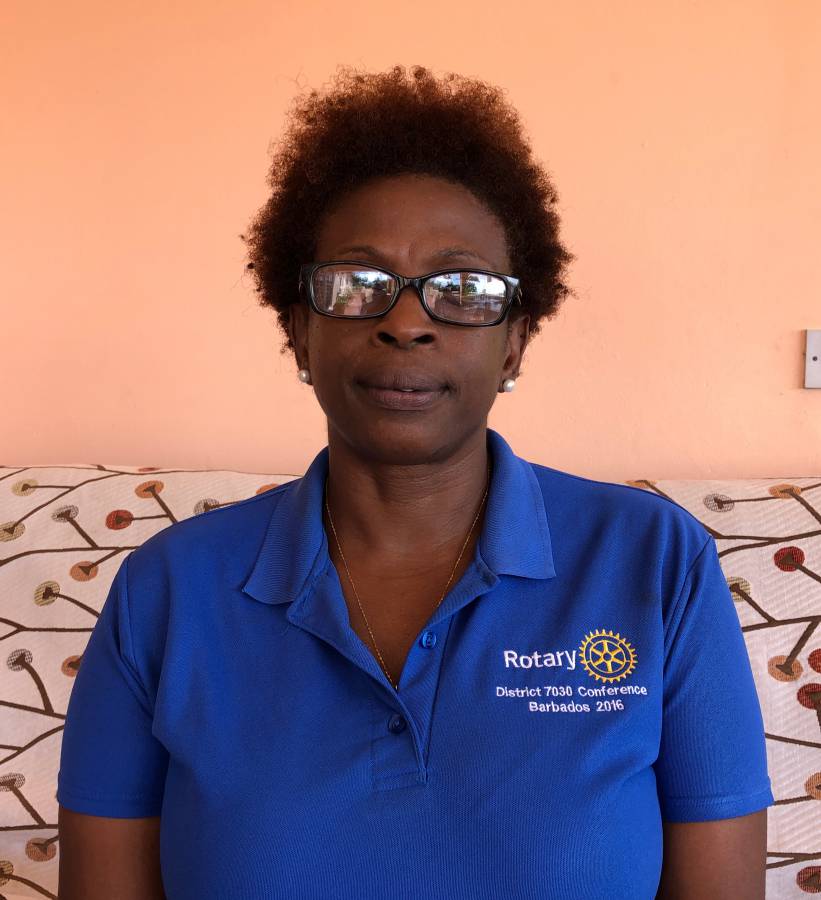