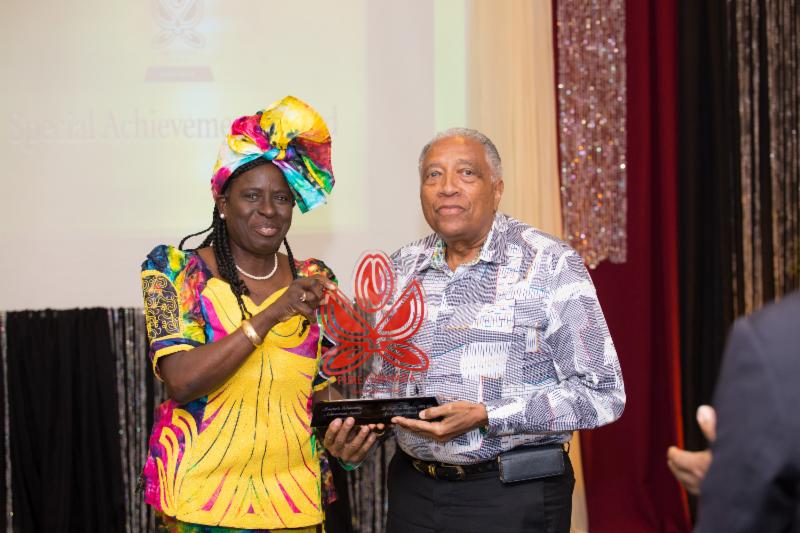 This story was posted 2 years ago
in General News, Travel/Tourism, Tribute
2 min. read

Almost 7 months after receiving a lifetime award from Tourism Minister Claris Modeste, hotelier Sir Royston Hopkin has died. He was the owner of Spice Island Beach Resort, located on the Grand Anse Beach.

“Yes, he died early this morning in Trinidad,” said Brian Hardy, General Manager of the hotel. Hardy promised that a statement will be issued later in the day. Sir Royston was recovering from a medical procedure which occurred a few weeks ago. Sir Royston was 75 years old. He is survived by his wife Lady Betty Hopkin and his 3 children.

“It is a true honour to be recognised with the Minister’s Outstanding Achievement Award. As I accept this prestigious recognition, I reflect on how far we’ve come and the continued growth we are realising today,” Sir Royston said at the award ceremony in mid-2019.

Besides the minister’s award, Sir Royston received many awards. In December 2004, he earned the introduction “Sir” when Queen Elizabeth II deemed him Knight Commander of The Most Distinguished Order of St Michael and St George (KCMG), for his contributions to the tourism industry in Grenada and throughout the Caribbean.

Sir Royston held numerous positions within the Caribbean Hotel & Tourism Association (CHTA), and served on the board of directors. He received the organisation’s 1991 “Hotelier of the Year” award as well as Lifetime Achievement awards from CHTA and the Caribbean Tourism Organisation (CTO). In early 2019, the Lifetime Achievement Award at the Caribbean Hotel and Resort Investment Summit in Miami recognised his contributions to the tourism industry in Grenada as well as the luxury services he provides at his resort.

Royston Hopkin began his tourism career when he joined his family business, the Ross Point Inn, in 1965. By age 20, he was appointed to the Grenada Board of Tourism, where he served for 18 consecutive years. By age 24, he became the first Grenadian-elected president of the Grenada Hotel Association, a position he held on 14 occasions. By 1987, he had purchased a majority interest in the Spice Island Inn and became the owner and chairman of the property, which he renamed Spice Island Beach Resort. Under his direction, the property expanded from 28 to 66 suites as part of a $6 million renovation in 2000.

Like much of Grenada, Spice Island Beach Resort was devastated by Hurricane Ivan in 2004, but one year later, and with a $12 million investment, the resort reopened.