This story was posted 2 years ago
in Health, OPINION/COMMENTARY
3 min. read

We carry within us the wonders we seek without us…(Sir Thomas Browne – Religio Medici, 1645)

John Donne, a poet, once wrote that the death of another diminishes him because he is involved in mankind. This invariably reiterates Sir Thomas Browne’s creed that there is a bit of us in all of us and this coronavirus has become a talking point for the manifestation of that fact.

When the news of this deadly virus broke out, it puts China in the eyes of the world and due to their itinerant nature, we all have reasons to be concerned. Coronavirus is a global health emergency and we cannot afford to fold our arms from a distance and watch China battle for the soul of her republic. Through genetic testing, over 74, 499 victims are now infected in China alone. In about 30 countries and territories, 76,805 cases are confirmed.

For the record, Grenada is not among the 30 countries and we are grateful for that. Though Grenada and her government do not have the resources or the capacity to fight this deadly disease and therefore not ready for such, it is interesting to note that our weather will not make life easier for the cold-loving virus. As our government is assuring us that our citizens studying in China are safe, we believe and pray that they stay so.

True to this calling of our shared humanity, the world has not pretended in their sympathy to China and other unfortunate nations that are now with this virus and are fighting to contain it. Countries like Japan have already recorded two deaths, with 731 cases. South Korea has 204 cases with one death on record. Australia now has 17 cases. The United States of America has about 27 cases. The United Kingdom has 9 cases. The list goes on.

The human response to stimuli overbears the urge to withhold, hence, we are now collectively united in the fight against the continued spread of the disease and it is at tensed times like this that the beauty of the world comes to the open despite how gloomy the situation that prompted it appears.

The issue at stake is not about “race” in the world. All we need to remember is the need to survive. It’s about humanity. With over 2,449 deaths and still counting; with over 76,805 infected and still counting, and with more cases being reported all over the world, we bow down our heads in recognition of the efforts The People’s Republic of China has been making, even as players in the medical field continue to struggle to curtail the spread of this virus.

However, the efforts of experts around the globe should not go unrecognised, especially those experts in China who are working indefatigably. Their hard work is paying off. It seems they have sighted the end to this virus. In Karachi, Pakistan, China’s Consulate General made a statement. “I have seen that according to the experts in China, they are saying the peak of the epidemic has already arrived and it will come down no matter from the epicentre and across the whole of China. This will be coming down this week and next week, and the epidemic may be over by the end of March,” said Li Bijian.

If this virus continues to spread across nations, we are bound to feel every bit of its fang because of the current global system that has reduced the world to a micro-community of humans.

Our heartfelt sincere love goes to the infected and affected persons, and to the dead, our total respect. Long live The People’s Republic of China, and long live humanity. 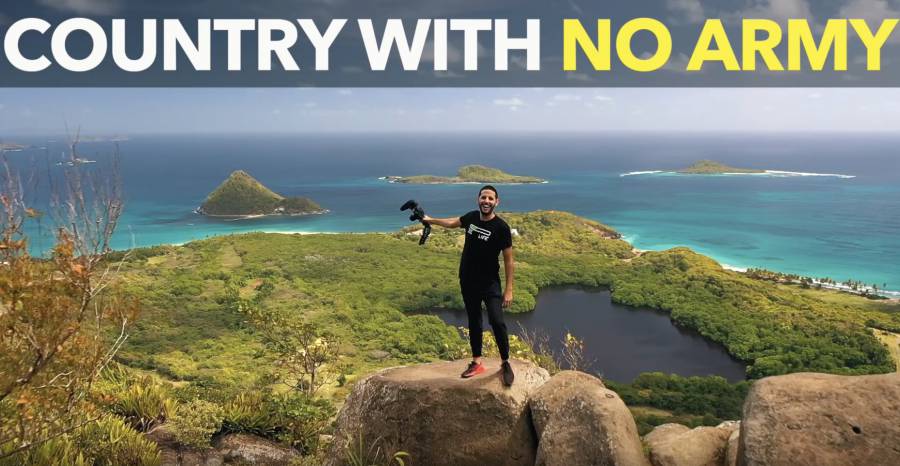 The country with no army! – Nas Daily