This story was posted 1 year ago
in Politics, PRESS RELEASE
1 min. read 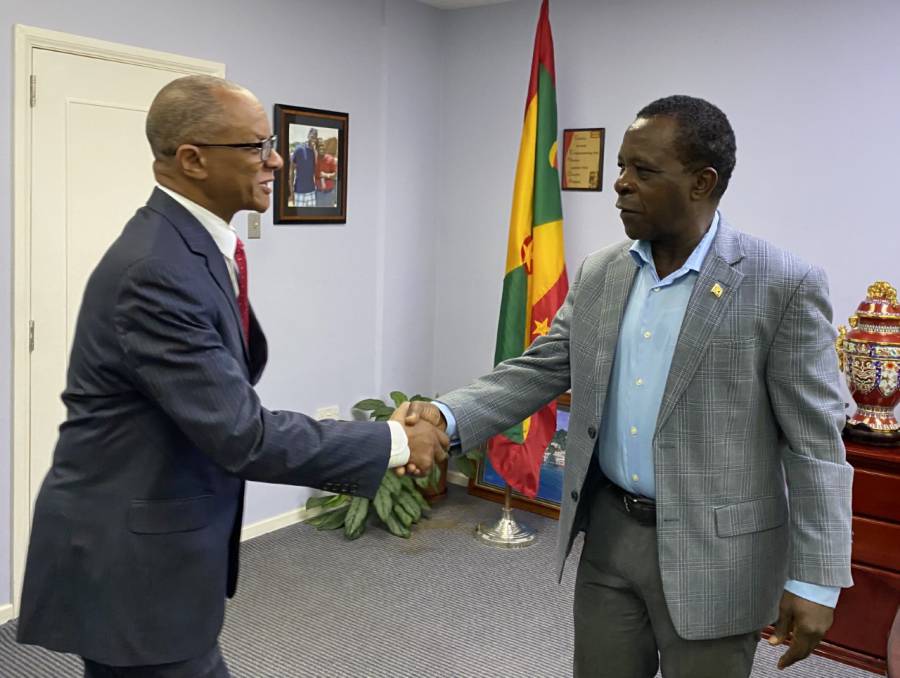 In presenting his letter, the High Commissioner said his appointment serves to maintain the close relations that exist between Grenada and Jamaica. He also conveyed greetings from Jamaican Prime Minister, Andrew Holness.

Welcoming the new High Commissioner, Dr Mitchell spoke of the longstanding historical ties between the two countries and shared fond recollections of his many interactions with the late, Edward Seaga.

The Prime Minister reiterated the need for regional countries to adopt a collective approach. He said, “With all the problems that we face regionally and internationally, one of our main thrusts should be working together on the issues that affect us. We may have differences as individual countries but we must accept those differences and work together for our collective good; that’s the only way to have a meaningful impact on world developments.”

Dr Mitchell noted that the High Commissioner’s introduction is quite timely as it affords him the opportunity to celebrate the 46th anniversary of Grenada’s independence.