This story was posted 2 years ago
in Business, Law, PRESS RELEASE
2 min. read

WRB/GPP confirms that on Thursday, 19 March 2020, it received notification from ICSID of its Award in the arbitration between the Government of Grenada and WRB/GPP. While the award document itself is quite lengthy, the salient points are as follows:

While we regret Government’s uncollaborative approach to electricity reform, which culminated in the passage of new legislation in 2016 and which resulted in this arbitration, we are pleased that the ICSID tribunal understood our case and has upheld the terms of the contract that we had with the Government. We now expect Government to fulfil its obligations as set forth in the judgement. Until then, we will continue working with Grenlec’s management and staff to provide the people of Grenada with the top-quality electricity service that they expect and deserve.

NOW Grenada is not responsible for the opinions, statements or media content presented by contributors. In case of abuse, click here to report.
Tags: awardelectricitygovernmentgrenada private powergrenlecicsidpowertribunalwrb
Next Post 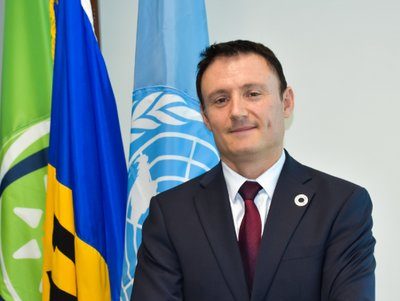