Dr Francis Martin, Acting Chief Medical Officer, said that Grenada has formally written to the International Health Regulations (IHR) committee of the World Health Organisation (WHO) to inform about the action taken by a person confirmed positive for Covid-19, to flee the country in complete violation of Grenada’s public health legislation.

“With regards to the person that fled, there is a process that countries go through and a formal report is sent to the International Health Regulations to handle through their channels.” Martin said this in response to enquiries about Grenada’s follow-up steps for the man who arrived on the island on 16 March, but left the state with his wife and child before receiving his result.

Health Minister, Nickolas Steele, described the action of the 58-year-old who was tested on Thursday, 26 March as troubling and reckless. The man returned to the UK via Canada. The positive result returned 48 hours later, and according to the minister, when the Ministry of Health tried contacting the individual who was told to quarantine himself while awaiting the result, he could not be located. That person will continue to be listed as among Grenada Covid-19 confirmations which currently count as 10.

“The results came back on Saturday, 28 March. As per procedure, health officials tried to reach him minutes later to inform that he had tested positive for Covid-19. As minister, I went ahead and announced the cases to the nation, as we have been doing. The individual was neither found on Saturday nor Sunday. On Sunday, health officials reported the matter to the police. It was later confirmed that the individual and his family left the island aboard Air Canada before he got his results on Saturday,” Steele said in an update to citizens on 1 April.

“This is troubling in many ways, especially the level of exposure between his place of residence in Grenada and his abode in the United Kingdom, where he says he is now. This is a level of dishonesty and recklessness, such that we do not need at this time. We cannot stress enough, lives are already at stake, without the added risks,” Steele said. “We have followed up with that individual to ascertain his movements and mode of movement on the day he left the country undetected. We are also following up with relevant law enforcement authorities, because in our view, this is cause for liability.”

According to Grenada’s Quarantine Act, any person who violates a quarantine request can be fined EC$10,000 while the Public Health Act provides for the police to provide assistance to ensure that any person with an infectious disease complies with legal regulations. 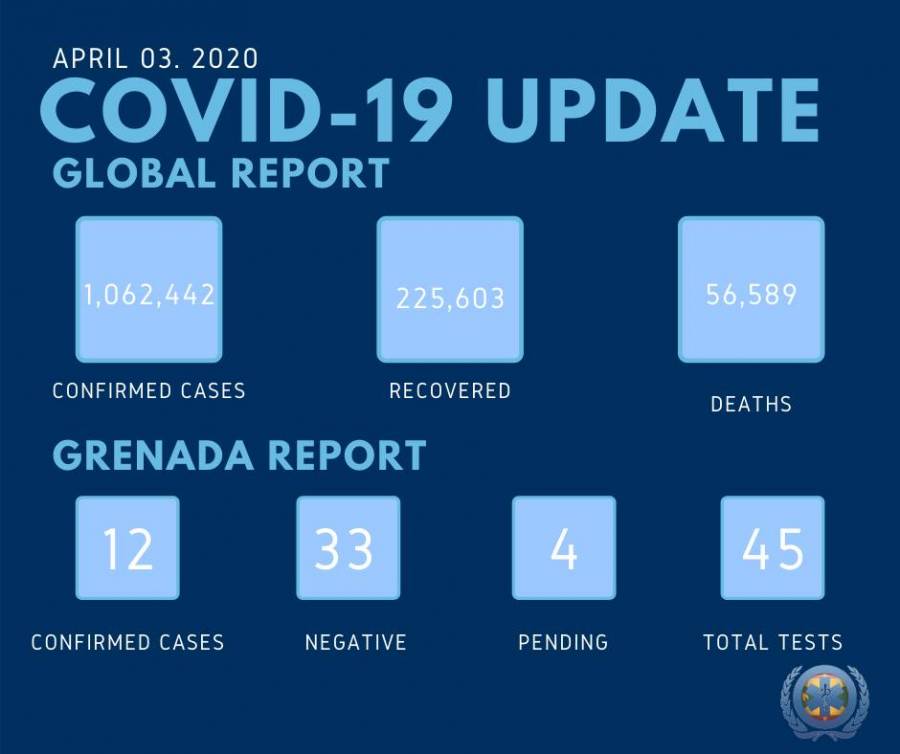 Covid-19 update by Minister for Health