NDC Heartbeat: It is business as usual

NDC Heartbeat: It is business as usual

This story was posted 2 years ago
in Politics, PRESS RELEASE, Technology
4 min. read

The NDC believes that if we are to emerge from this pandemic better and stronger, we must face it as one united people.

Unfortunately, it is clear that the current administration does not share the same vision for Grenada because the talk about being all-embracing is just that – talk.

Mitchell’s last national address exposed his intention to go back to the status quo post Covid-19. In that address, he was merely descriptive and passive; nothing visionary, nothing progressive. Descriptive because it simply provided an update on the impact of the measures taken to control the virus and, on the actions, taken to gradually return to full economic activity. Passive in language and in its failure to prepare our people for new developments or changes in how we are to become more productive as we return to full economic activity.

The speech sent the clear message that post Covid-19 we are going to return to things as they were before with no change in the way we conduct business. By this, Mitchell is signalling that we would have learnt nothing from Covid-19 and that it revealed no weaknesses in our economic model.

Mention was made of government relying on reserves to finance relief for certain segments of the population. Specifically, the Prime Minister referred to government utilizing its reserves given its present fall in revenue in excess of $30 million in April 2019. The questions must therefore be asked: What are these reserves? Where are they? If we have these reserves, why is the government seeking loans to finance its relief package? For too long the people’s business has been conducted in deception and secrecy.

If we need to raise loans to satisfy the relief package, where is the surplus Mitchell has been boasting of since 2016?  The Estimates of Revenue and Expenditure suggest that government has been achieving overall surpluses in excess of 2% of GDP since 2016, but government has not been explaining to the people what it has been doing with these surpluses. These surpluses should have been used to build the country’s financial reserves. We should not now be applying for loans to finance the relief package. Government should give details of how large these reserves are, which we maintain, should be large enough to finance the proposed relief package.

Based on the figures in the Estimates of Revenue and Expenditure, in the period 2016 to 2018, overall surpluses amounted to $268.7 million. There has never been an explanation of what was done with that money; a very uncomfortable state of affairs when dealing with leaders who are known to be reckless in office.

Mitchell is attempting to pull wool over our eyes by making the broad statement that funding has been received from international institutions and bilateral sources. What amount has been received from each individual source? Are these loans or grants? If loans, at what rate of interest? We must know by how much our national debt will be increased, on top of the mega Grenlec judgment.

We must be very concerned when our government must borrow to meet consumption spending such as the relief package. That is like having to borrow money to buy groceries or pay utility bills. We all know that when things get to that stage, it’s when things are really bad. So Mitchell needs to explain to us how is it that we must resort to borrowing for the relief package when all along he told us that the economy was booming and that we made a surplus of $268.7 million during 2016 and 2018. Where is our money?

Above all, the address gave the clear indication that post Covid-19 we are going back to the status quo, that there would not be a change in the structure of our economy, and that tourism would continue to be the major focus. The government has not learnt the lesson that the tourism industry is extremely vulnerable to negative external shocks and that going forward a heavy dependence on that sector is nothing but the continuation of a failed economic policy. This is perhaps the most glaring lesson to be learnt from the Covid pandemic, and it escaped Mitchell.

The Covid-19 pandemic has revealed Grenada’s inability to feed and sustain itself. Given the nature of the problems of today’s world, protecting one’s population from negative external shocks would involve a break from free trade and the openness that characterizes our present global economies. Under such conditions, countries should seek to focus on domestic production for domestic consumption (initially) while they simultaneously concentrate on their competitive edge.

Now that attempts are being made to restore economic activities, the Prime Minister in his address should have started to prepare our people for a new normal; the new ways of doing business and the new areas of economic activities the country should be focusing on. This is where our agricultural and light manufacturing sectors should come into focus. Unfortunately for us, Mitchell made his dislike for agriculture well known years ago.

There will be a paradigm shift, a new construct, a different attitude towards work and study, a change in the structure of the economy, with ICT at the centre. Had the NDC’s Five Transformational Pillars been followed since 2013, we would have been way better prepared for this pandemic and certainly so for the new normal where ICT and its related fields are becoming public goods and services; as working from home, teaching and meetings online and virtual payments become the new order.

The creative economy would supplement traditional sectors like tourism. Productive and self-sufficient sectors like agriculture and light manufacturing, employing modern technology are now expected to play a far greater role in the generation of income, employment and output in this new Grenadian economy. We are not returning to the status quo, but Mitchell is clearly oblivious to this fact.

NOW Grenada is not responsible for the opinions, statements or media content presented by contributors. In case of abuse, click here to report.
Tags: covid-19ictnational democratic congressndcnew normalpandemictransformational pillars
Next Post 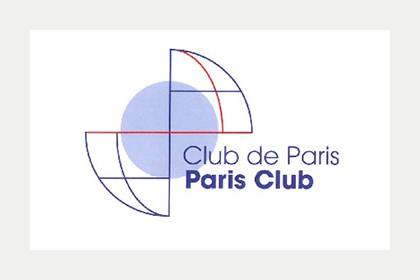