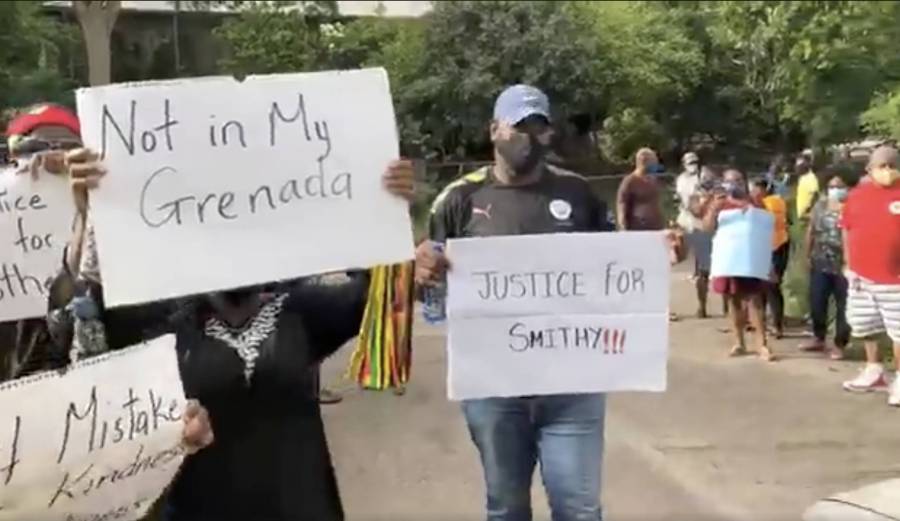 Peaceful protest for man beaten over accidental killing of dog

Peaceful protest for man beaten over accidental killing of dog

This story was posted 2 years ago
in General News, Video
3 min. read

Hundreds of Grenadians braved Saturday afternoon’s inclement weather to protest for immediate justice for a Grenadian man who suffered physical injuries following an altercation with a family in the upscale residential neighbourhood of Fort Jeudy, over the accidental killing of a dog.

Protest at Fort Jeudy calling for justice for Evan Smith

Evan Smith, who was dropping off construction workers on Thursday, 25 June 2020 unknowingly hit a dog with his vehicle. The animal succumbed to its injuries. Owner of the dog, a Caucasian businessman, approached Smith and informed him of the dog and at the same requested Smith not leave the scene.

An altercation followed in which 4 members of the family who owned the dog physically assaulted Smith in the presence of witnesses. The police were called to the scene, and Smith’s family claimed that despite receiving a medical form from the police at the scene of the crime, they were informed that the matter needs to be pursued civilly or privately, and not criminally.

The news which aired on two main television stations’ Friday evening newscasts, immediately became the topic of discussion and was referred to as white foreigners having rights and privileges not afforded to nationals. The dog owner’s family name has not yet been made public by the police, but they are believed to be investors in a business at one of the island’s marinas.

Saturday’s protest was mobilised using social media platforms such as Facebook and WhatsApp. After the news started spreading about the protest, a statement from the Community Relations Department of the Royal Grenada Police Force (RGPF) called for calm.

“Acting Commissioner of Police, Edvin Martin, has ordered an investigation into an alleged altercation that occurred at Fort Jeudy, St George. Progress on the status of the matter will be made public in an upcoming Press Brief scheduled for Monday, 29 June 2020.” The release said, “While the police recognises the people’s right to assemble, the Royal Grenada Police Force is appealing to the general public to be calm as investigation continues in the matter.”

While some protesters adorned themselves with placards demanding justice for Mr Smith, the peaceful protest had others calling for immediate justice. “We want justice and we want it now,” they chanted as they walked to the scene of the crime.

In Grenada, Section 12 of the Dogs Registration and Control Act says that an owner or person in charge of a dog must not:

(i) in any public place unless it is kept under proper control;

(ii) in or on any premises without the consent of the owner or occupier of those premises; or

(b) Permit that dog to enter, bring the dog into or allow the dog to remain in, any restaurant or any place where food is sold for public consumption, other than a guide dog for the blind.

(2) Where a dog defecates on a beach or in a public place the person in charge of the dog must forthwith remove the faeces and dispose of it, enclosed in plastic or paper or other suitable material, in a container intended for waste material.

(3) A person who fails without reasonable excuse to comply with this section commits an offence and is liable on summary conviction to a fine of $1,000.

NOW Grenada is not responsible for the opinions, statements or media content presented by contributors. In case of abuse, click here to report.
Tags: dogdogs registration and control actevan smithfort jeudylinda strakerprotest
Next Post 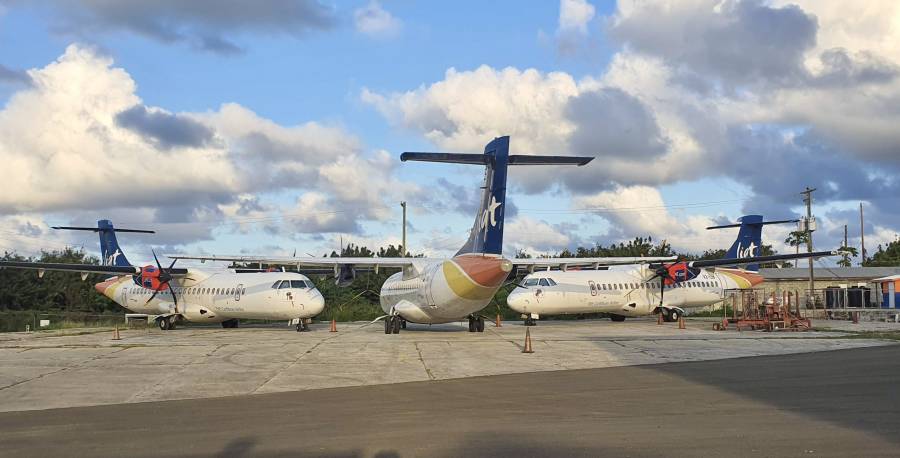 LIAT to be liquidated and new airline formed