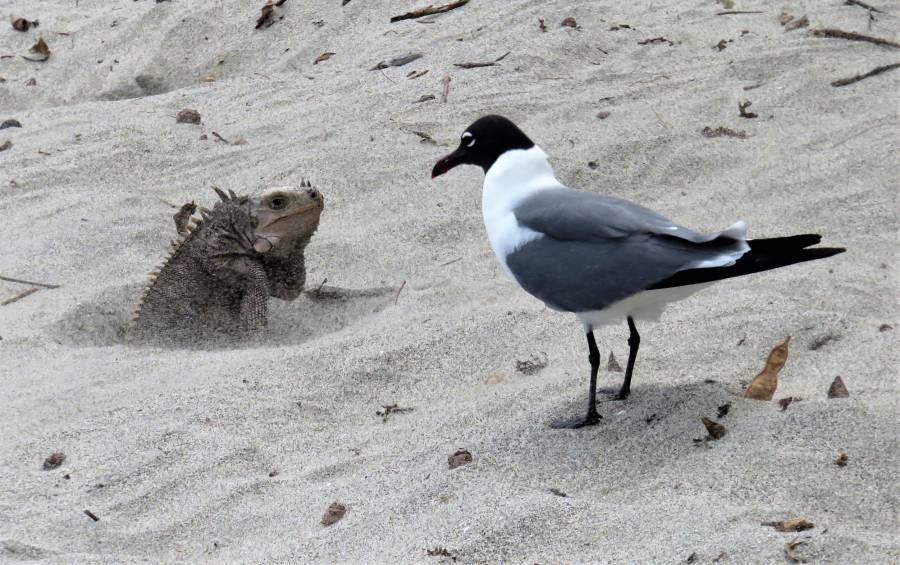 Throughout 2020, the organisations Environmental Protection in the Caribbean (EPIC) and Saint Vincent-based SCIENCE aim to enhance the capacity of enforcement officers in monitoring and protecting nature on remote Grenadine islands through training in modern technologies, such as drones.

The organisations will also work with local stakeholders to implement the Grenadines Seabird Conservation Plan (crafted with community input in 2019), develop a school curriculum focused on nature, and conduct environmental education programs in the community. In addition, researchers and local volunteers will census the seabird populations on the islands to get an accurate estimate of the total population for our region. The team is regularly assessing which aspects of the project are feasible given changing coronavirus restrictions and hopes to complete all aspects of the project, even in modified form.

Project Coordinator, Juliana Coffey, noted, “If there is anything to be learned from the current global crisis, it is that we must begin to adjust our relationship with nature and wildlife. Preserving biodiversity is an important aspect of both preventing and being able to respond to such events.”

The Grenadines island chain consists of approximately 80 islands – 9 of which are inhabited – that are politically split between the nations of Saint Vincent and the Grenadines, and Grenada. Due to their isolated settings, and despite their small size, the uninhabited islands in the Grenadines exist as natural reserves for biodiversity, which refers to how many types of different plants and wildlife are found at a site. Because not all of the islands have been inventoried for biodiversity, it is possible there may be unique species on these islands which have yet to be discovered

Throughout the island chain, there are over 120 species of birds who use the islands and surrounding waters for breeding, feeding and resting. The endemic Grenada Flycatcher and various restricted range species, such as the Antillean Crested Hummingbird (Doctorbird) can be found in these islands. Others such as the Scaly-naped Pigeon (Ramier) and Carib Grackle (Blackbird) frequently nest on offshore islands. Several unique reptile species are found on Grenadine islands, such as the Union Island Gecko, the Grenadines Sphaero, the Grenada Snake Boa and the Grenadines Pink Rhino Iguana. In addition, several species of sea turtle nest on beaches throughout the archipelago, such as Green, Leatherback and the critically endangered Hawksbill. Perhaps most impressive however, are the more than 54,000 pairs of 12 seabird species that nest and raise chicks on the most remote and inaccessible islands.

Unfortunately, most of the “pristine” uninhabited islands of the Grenadines are actually threatened in one way or another. Many islands are privately owned, some of which are featured on the international real estate market, leaving them vulnerable to development projects that may not consider their environmental or cultural values. Unregulated visitation by tourists to remote islands creates disturbance to native wildlife and damages natural habitat, while improperly disposed of garbage regularly washes up on shorelines. Poaching of seabirds, their chicks and eggs from offshore islands continues to occur, as well as illegal vegetation control fires. Non-native predators, such as cats and rats, injure and kill native wildlife, while freely roaming goats and sheep overgraze vegetation and contribute to severe erosion that ultimately smothers nearby reefs.

Although some of these islands are federally designated wildlife reserves or fall within the boundaries of marine protected areas, enforcement of protective legislations has been limited. The remote setting of many Grenadine islands contributes to their inaccessibility. Research, monitoring and enforcement at these sites have been limited, an issue EPIC and SCIENCE hope to address through the current project.

NOW Grenada is not responsible for the opinions, statements or media content presented by contributors. In case of abuse, click here to report.
Tags: environmental protection in the caribbeanepicgrenada flycatchergrenada snake boagrenadinesgrenadines seabird conservation planjuliana coffey
Next Post