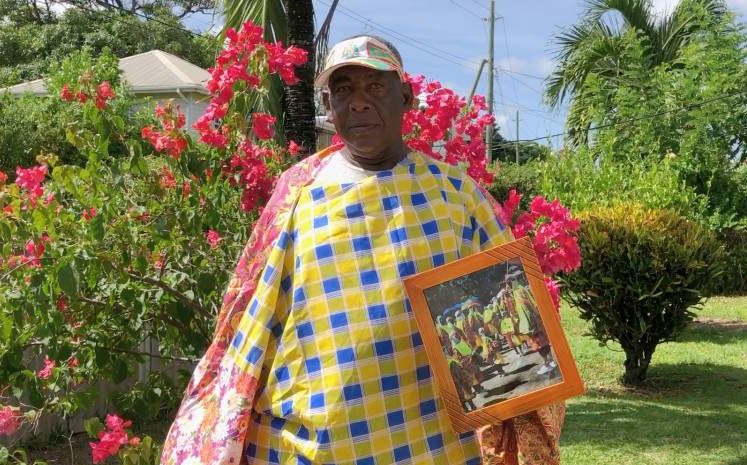 This story was posted 2 years ago
in Arts/Culture/Entertainment, Video
5 min. read
Share

Longstanding traditional Shortknee player, Randall Henry, reminisces on the golden days when he first was introduced to the Shortknee mas’ portrayal.

For many players this year’s cancellation of carnival due to the ongoing Covid-19 pandemic has hit hard. However, for Henry the reality of not being able to play Shortknee had hit much earlier; he was unable to participate in the tradition he loves dearly due to illness which prevented him from playing in 2019 with the Hermitage Shortknee Band for the first time after 32 years.

Henry hails from Telescope, St Andrew. He was introduced to Shortknee mas’ in 1987 when he started playing with Soubise Fisherman Band. During an exclusive interview last year, Henry, who was attired in his original Shortknee uniform, recalled his first set of experiences playing in the mid to late 80s. He said it was customary for his band from Grenville to join forces with the Shortknee band from Rose Hill, St Patrick, to play mas’. 3 years later, he joined another band from Hermitage. “I kept playing with the Rose Hill Shortknee band for about 3 years until I find that the pressure was on me having to buy the uniform and not making back much money, so I contacted Lakay and told him that I wanted to play with him… he told me no problem and I went over with Lakay until this present time,” Henry said.

Henry’s most fond memories of Shortknee mas’ were the competitive nature of the various Shortknee bands which at the time resulted in physical altercations. He said those were the days when the traditional mas’ portrayal was exciting. He also recalled that around that time, no children were allowed to play with the adults since these types of confrontations would ultimately result in a friendly rivalry that sometimes escalated into chaos since players used the opportunity under disguise to settle unresolved scores with rival villagers. “In those days in Rose Hill times we only had big people playing mas’, no children. We didn’t want children to play with us because we know definitely if anybody comes we beating them and we were not scared of that because we bad,” he said.

Henry applauds the efforts of Hermitage Shortknee Band led by Andy “Lakay” Purcell, to keep the culture alive by encouraging young people to participate. “Captain Lakay is trying to groom the young ones so that they can end up playing; so that is the difference between long ago and now. But right now, presently we are trying to groom the children so when they get big they would always remember.”

Purcell, who first starting playing Shortknee in 1985, was also interviewed on his contribution to the development of the Hermitage Band. He admitted that times have changed from his younger days but is optimistic that the younger generation will take the culture forward. “To keep the Hermitage Shortknee Band alive I invested in the youths because we have children as young as 2 years upwards in the band, and we have a band with only children that is over 50-something, but my band presently is over 135 members strong with children, men and women,” Purcell said.

Lakay has received awards for his contribution including Pageant Traditional Shortknee Mas band of the year 2016, 2017 and 2019 just to name a few. He is most proud that for the last 10 years he had managed to increase their membership of the band. Last year the band honoured 4 longstanding members of the Shortknee Band with plaques including Henry. The band is also actively involved in community projects and is known to use the proceeds from their competition wins towards charity endeavours including supporting back-to-school drives for the young people of the village and the elderly of Hermitage.

The legacy of the Shortknee is not only kept alive culturally but also artistically, through paintings by several local artists. Artist, Suelin Low Chew Tung, has been fascinated with traditional mas’ overall since 1987. She has captured on canvas and in other media, various aspects of Grenada’s traditional mas’ focussing especially on the Shortknee, of which she has a collection of at least 300 works. She has described the portrayal of the Shortknee as Grenada’s traditional masquerade at its best, and has presented several conference papers on her traditional mas’ study. She said the Shortkne’s costume patterning, use of bells, mirrors and powder, the choreography and the chanting reflect a continuation and evolution of West African Egungun masking in Grenada. Egungun are costumed Yoruba masquerades connected with ancestor reverence.

“It speaks to history, identity and who we are as a people and where we came from and all of that is captured in the Shortknee’s costume. If you start with the head, some Shortknee wear something that looks like a white towel and that is referred to as “In sheep’s head” and there are some that have a massive headdress at the top which you do not see too often these days, and that is referred to as “In goat’s head.” The mirrors that are on the tunics reflect spirits, and the baggy clothing allows for the masquerader to be completely covered from head to toe. The mask itself is made from wire mesh and it has this kind of abstract facial design on it that is unique to every Shortknee, but that is linked to our colonial history in particular,” she said. She believes the designs on the masks reflect a combination of African facial markings and colonial facial characteristics.

Henry said the Shortknee is the mouthpiece of the people and is tasked to perform the role of the village newspaper, reporting on events that are topical through their chanting on carnival day. Now 66, Henry is grateful for contributions to the legacy of the Shortknee which he hopes will be continued by the younger generation. He is still determined to continue playing Shortknee for as long as possible once in good health. Last year, Henry was presented with a plaque from the leader of the Hermitage Shortknee Band, Andy “Lakay” Purcell, for his outstanding contribution and dedication to the mas’. 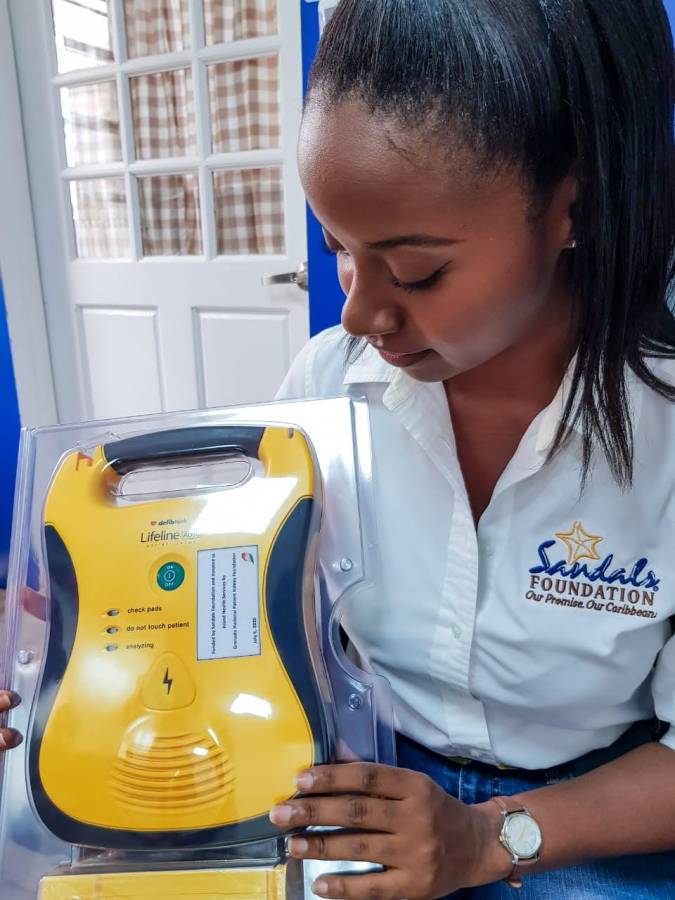