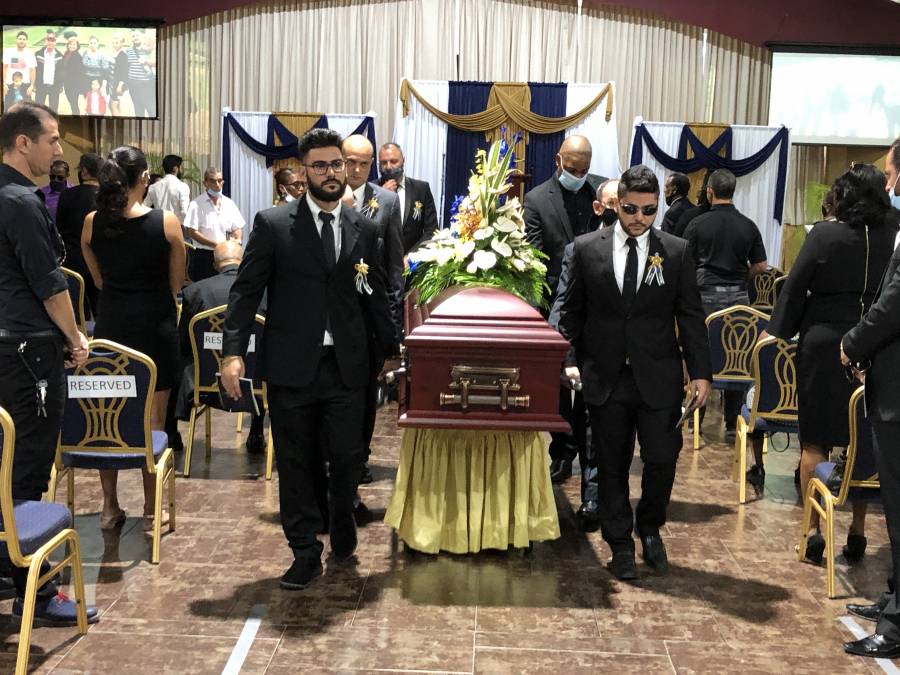 This story was posted 2 years ago
in Tribute
3 min. read

Toufic Habib Hadeed, brother of Grenada’s Ambassador to Venezuela, Hassan Hadeed, was honoured on Friday, 11 September 2020 as a charming, compassionate man who was described as a truly grassroots member of the Hadeed family.

A private funeral was held at the Grenada Trade Centre. Hadeed died on Thursday, 3 September 2020 aged 61. Normal capacity of the trade centre is 1,150 but due to social distancing rules, the funeral mass was limited to 300 people. Among the many attendees were Governor-General, Her Excellency Dame Cécile La Grenade; Prime Minister, Dr Keith Mitchell; Foreign Affairs Minister, Peter David; Bolivarian Republic of Venezuela Ambassador to Grenada, Jorge Guerrero Veloz; many relatives and friends of the Grenadian and Syrian community including management, staff and customers of Hadeed Enterprises.

Hadeed was born on 5 November 1959, in the village of Omar in the province of Homs, Syria, to Habib Elias Hadeed and Houda nee Kassis. Ambassador Hassan Hadeed delivered the eulogy and highlighted his brother’s many acts of humanitarianism in Grenada and the region. “There are many examples of his profound sense of humanity. During his frequent trips to Jamaica, he befriended a Rastafarian community. They did not allow outsiders into their fold, but they welcomed Toufic and he went there anytime he visited Jamaica. Whenever he visited, he brought numerous gift packages including toys, clothing and goodies for the children in the community.”

Hadeed’s love of reggae music outweighed his desire to be a part of the family business. He opted to travel to Jamaica where he befriended the Marley family and recorded his album called ‘the Bernard Coard Connection’.

Ambassador Hadeed related his late brother going the extra mile to assist 2 friends in need of medical attention. “One episode that I will always remember is my brother journeying deep into the hills of Grenada to coax 2 sick friends who were living permanently there to return to civilisation so that they can get medical treatment. One of the 2 friends is still alive today to tell the story.”

Dr Mitchell who has been a loyal friend to the Hadeed family, described Toufic Hadeed as a true Grenadian patriot who gave selflessly to the less fortunate and made a meaningful connection with people from every stratum of society. “Toufic was comfortable with the guys on the block; the Rastafarian brothers and all classes of [people] in our society. And he was also comfortable in his middle class. Toufic for the entire time that I have known him was a very generous person. He seems to have taken a strong page from his father’s book.”

Dr Mitchell remembered Hadeed as an entrepreneur and philanthropist, and for his role in spurring economic development. “He guarded the development of this country in all sense; he always had advice; he always came forward with some example of things that we can do to improve and he was strong on how we can use our local products to create secondary products. That is something he always championed and wanted to see some developer come in and use a lot of our local products to create jobs.”

Reverend Dr Osbert James, presided over the service. His sermon surrounded the life lesson from John Chapter 11 which spoke of the death and rising of Lazarus. His sermon acknowledged the need for family members to grieve in a time of loss but also reminded them that the creator should be at the foremost of their hearts in their time of bereavement.