This story was posted 2 years ago
in Business, OPINION/COMMENTARY, Politics
7 min. read

In Trinidad and Tobago, the sudden termination of the Government’s $71.7 million project between China Gezhouba Group International Engineering Company and the Housing Development Corporation (HDC) in 2019 has drawn attention to a lack of transparency in the awarding of the contract, and what has been described as overly generous concessions to this Chinese company.

In Suriname, there are increasingly alarming rising fears that mounting debt to China, spanning decades, can have the impact of stalling future development and exposing the country to liabilities way above its ability to pay.

Economics has never been a morality play; so, it’s not China’s responsibility to look after the interest of our people, it is the responsibility of leaders, in consultation with the people, to lead and look after the interest of their nations. We must be committed to real change, otherwise, nothing will ever change! The highly skilled Chinese negotiators need to be matched with our powerful team of negotiators, weaponized with the tools and resources of Artificial Intelligence and Machine Learning algorithms, and systems that can process and provide actionable solutions at a simple keystroke.

China’s engagement in the region does not necessarily have to be negative, it could be a big positive for growth. Notwithstanding, it will all depend on how we play our cards—understand the historical colonialism playbook of others and develop counter offences…be proactive, not reactive, and control the narrative. There must be a better more equitable vision for a mutually beneficial operating model, for the management of the relationship with China. This operating ecosystem must be formattable, backed up by strong executable mechanisms, progressive regulatory environments, compliance, and governance, abiding by sturdy democratic principles…the rule of law, freedom of information, and enhanced transparency, in the context of an anti-corruption agenda.

Assets belonging to the people becoming collateralized property in business deals is beyond the pale, way beyond the bounds of any acceptable actions and behaviour by any government, and it is fundamentally illegal. Sovereignty represents a state’s most precious right and freedom under international law.

“The borrower hereby irrevocably waives any immunity on the grounds of sovereignty or otherwise for itself or its property in connection with any arbitration proceeding…or with the enforcement of any arbitral award pursuant thereto.”

“This is Guyana dangerously agreeing to cede sovereignty. It plays into the Chinese strategy of using economic weaponry in the pursuit of influence and domination,” says attorney and chartered accountant Christopher Ram. In short, these governments have signed away their nation’s sovereignty, dignity, and basic self-respect, to China. China could simply walk in and take control of Guyana’s assets through its preset “debt trap.”

Very recently, July 2020, a Kenyan Appellate Court halted a construction deal, by pronouncing the $3.2 billion contract between Kenya and China for the construction of the Standard Gauge Railways (SGR,) as illegal. The recent judgment effectively lifted the lid on the “dragon’s debt-trap diplomacy.” China had been pressuring Kenya to pay the huge debt, while in the middle of battling a pandemic.

Since 2013, Kenya has saddled itself with more than $5 billion in loans from China for construction on the project. However, in just its first year of operation, the project reported losses of about $98 million US, making servicing the debt impossible. And of course, the terms of the deal made it such, that if Kenya couldn’t repay, it could end up giving China control over some of its most important assets. In this case, it would have been Mombasa Port, Kenya’s largest and most valuable port in east Africa, the gateway into Kenya and landlocked neighbouring nations Burundi, Congo, Rwanda, South Sudan, and Uganda. “Therefore, losing control over the port would mean erosion of Kenya’s sovereignty.” The implications are freighting, thousands of port workers would be forced to work under its Chinese lenders—colonialism would have crept back. Fortunately, Kenya’s court system saved the day, bringing a wake-up call to all those involved in similar entanglements with China. We hope Caribbean leadership took the call!

Covid-19 has provided us with a pause, an inflection point, to shift our thinking and strategy focus towards a better future, we can’t get stuck in the past, behind amateurish politicians, with nothing but stale ideas that have never worked out for the people. If we stand still, we perish; we must move in the same direction the world is moving in or be left behind! 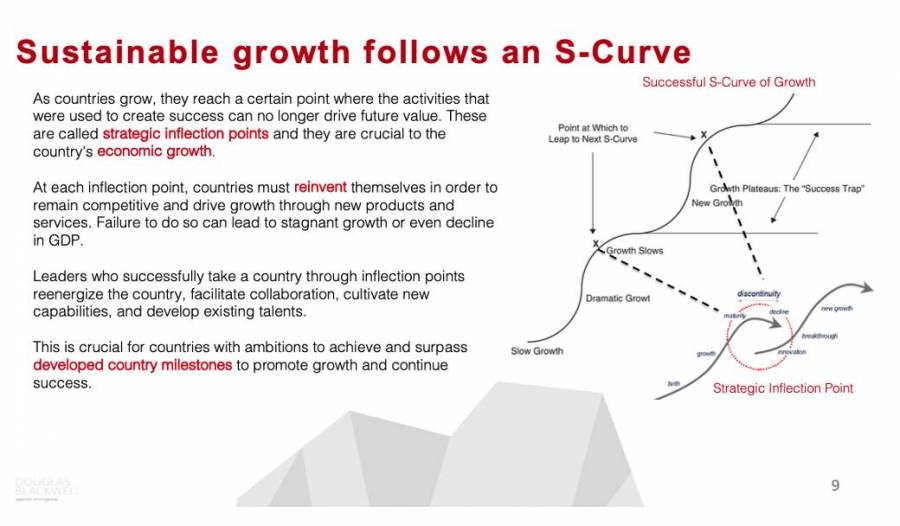 Like Africa, the Caribbean desperately needs foreign direct investment to develop its economy, even more so with the global economy transitioning into the digital age. However, the specifics of every deal and financial structure must be transparent to the public. Furthermore, the base economics supporting the investment must be presented ahead of time, including performance-based metrics, data sources supporting the investment case, data-driven analysis, and specific analysis and modelling, including advance predictive modelling and decision-making algorithms. Most importantly, deals must be inclusive to the broader population of the Caribbean, demonstrating first, the intrinsic net benefit to the region.

In short, greater investment focus on digital commerce needs to be applied, become the priority. It is counter-intuitive to build backward and in line with China’s geopolitical and economic objectives when the rest of the world is moving in another direction.

Domestic success depends on global commerce, but for over 400 years we’ve been on the wrong side of that curve. Digital transformation underpins a prosperity reality and must be the government’s top policy development priority. Resources need to be mobilized with the stated objective being to leapfrog the regional economy into the more prosperous global economy, our ambitions have to be focused, and big! We can’t just sit there, letting others decide our future for us.

We must invest to diversify the entire region to protect our society from future global shocks, as witnessed by the pandemic, which has essentially wiped out the tourism economy. We need diversification and foresight.

If we had a vibrant commerce based agricultural and fisheries industry, for example, with robust global digital sales and marketing capabilities, we would be able to achieve food security and effectively export meaningfully for-profit simultaneously. Pandemic or no pandemic!

A diversified economy is a resilient economy.

A fundamental change in approach and the underlying variables is relative to how development should logically be carried out—a fundamental change in basic thinking, concepts, and practices, highly relevant to the digital era in which we live in, is paramount! The Caribbean needs a new common Investment Policy Statement, a new operating paradigm, one that is progressive, inclusive, with empathy towards sustainable socioeconomic development. Politicians should no longer be put in charge of investment decisions, instead, a professional data and applied intelligence-driven performance approach must be taken up immediately! Scientific ecosystems coupled with highly qualified investment committees, responsible to the people, is the push! Driven by intelligent scientific data-based decisioning and predictable modelling, powered by Artificial Intelligence, followed up with fearless implementation and actions, transparent and measurable—is the push! This new paradigm includes an advanced level of due diligence, governance, and transparency, all of which must be brought to the investment decisioning forefront, in examining the probability of desired outcomes in future ‘worlds’ scenarios. 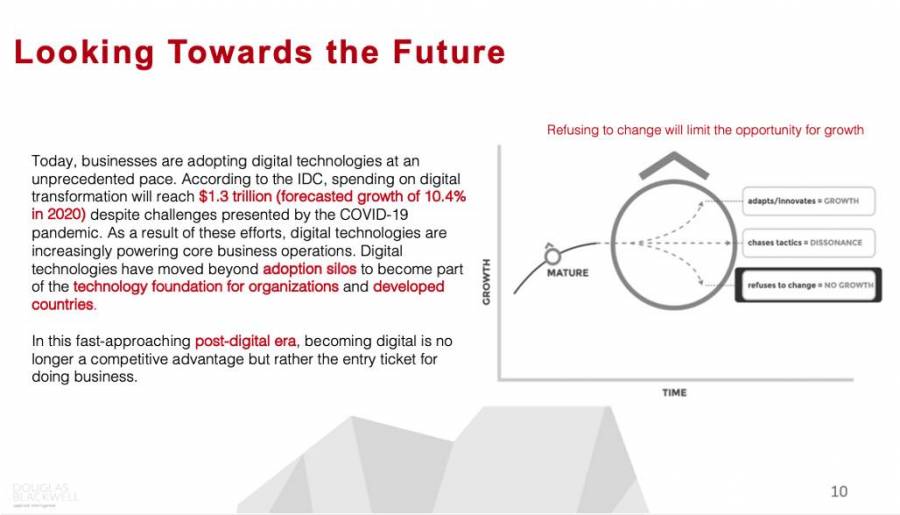 Throughout history, technology-driven economic investment and infrastructure development have driven civilizations to prosperity, always! History shows, through evidence and analysis, that those nations that have deliberately focused on facilitating technology-led growth, went on to forge empires. Today, the world is at another transitioning inflection point, and good decisions taken here can change the directional curvature of prosperity for the entire Caribbean. History shows, like other periods of great technological transition opportunities before it, mishandling it at this critical juncture, will set the entire region back behind the prosperity curve, for generations to come!

The genesis of our future prosperity begins with how we first choose to think! Instinctive and emotional thinking must be put aside for a more slow, deliberative, and logical process—with an entrepreneurial mindset being at the forefront. Increased efficiencies and productivity will increase a nation’s profits and inter-generational wealth curve trajectory, upwards. Growing the standard of living through the development of a highly-skilled, tech-savvy middle-class, throughout the region. This is our best and most optimal opportunity; lets push!

Socioeconomic also history tells us that we must resist the intuitive nature of our human condition, towards decision-making processes and choices. Think and focus logically instead, find the data-driven solutions, and put emotions and ego aside. Playing the long game is critical to future success. Decisions based on intelligence gathering and actions are central to good outcomes. Such focused thinking is paramount and can be the genesis of a true Caribbean Renaissance.

NOW Grenada is not responsible for the opinions, statements or media content presented by contributors. In case of abuse, click here to report.
Tags: belt and road initiativechinacolonialismdebteconomyperry douglasthe inclusive agenda
Next Post