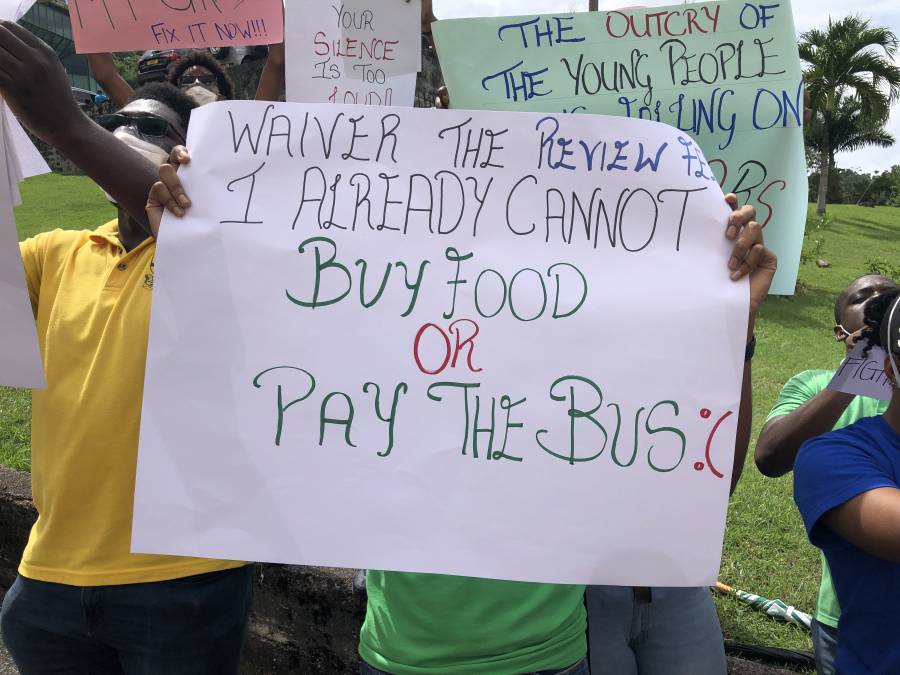 This story was posted 2 years ago
in Education, Youth
3 min. read

TAMCC’s student body protesting discrepancies in the 2020 Caribbean Advanced Proficiency Examination (CAPE) results are anxiously awaiting a new date to be confirmed to discuss their plight in bid to solve this year’s exam grades chaos.

Last Friday’s meeting was postponed, a decision taken by the student body in order to fully prepare themselves to meet with the Minister for Education, Emmalin Pierre.

“The meeting did not take place. This was due to the fact that we wanted to prepare for the meeting and to also see if we will be able to have other persons present. We called to ask for the postponement of the meeting. However, to my knowledge, we have not been given a date as to when it will be postponed to,” said Donan Noel, leader of the student-led protest.

Students locally joined their counterparts from around the region chanting “Come on CXC, where is the transparency? Come on ministry take responsibility” as tension raises over a litany of issues surrounding this year’s CAPE results.

“Reasons for the postponement was the short notice of 30 minutes given to us by the ministry and secondly an agenda is needed and other stakeholders need to be involved,” Noel said.

Their plight which caught the attention of the minister following a staged protest on Friday in front of the Ministry of Education at the Sir Eric Matthew Gairy Botanical Gardens. The ministry subsequently released a statement claiming an investigation to rectify the discrepancies. The statement read in part that, “The main issue stemmed from the fact that although TAMCC placed scores for students on CXC’s online registration system, the college did not upload all of the students’ SBAs by CXC’s deadline so that CXC could have access to it.”

The statement also said that the college uploaded students’ SBAs and to be moderated by the Caribbean Examinations Council (CXC) on 24 September 2020 and that CXC is currently working to resolve the issue during the week beginning today 5 October 2020.

During the march on Friday, Noel, speaking on behalf of the other students criticised how the Ministry of Education handled the matter since it was first stated that Grenada was among Caribbean countries that have not made formal queries regarding ‘ungraded’ results to CXC. Prior to the most recent release by the Ministry of Education, a statement made by Minister Pierre, a few days earlier during last Tuesday’s Post-Cabinet briefing, indicated that the ministry will await schools to take a scientific approach in analysing the data before submitting concerns and that the ministry has until the end of October to submit official queries and it is premature for Grenada to make a statement.

In response, Noel, a Year 2 student, said they clamoured for the backing of the Minister of Education to rectify this issue. “We paid for a full exam. We received half the exam and then… we were met with results that were not ours. Students feel betrayed, students feel discouraged, angered at the fact that we were left alone. We feel that we should be supported. We feel that we should have the backing of our school and our ministry, but we came and we did not receive such a thing. This is a problem that is being reported and ignored as if everything is okay – everything is not okay. We are not okay.

Noel said, “We are scared, we are angry, we are trying to understand how this will affect our futures.” Last year’s island scholars Ti’ara Joseph and Carina Blache are among the students protesting the results. Among their grievances regarding conflicting grades, students are also concerned that they paid for usual fees to sit a complete exam which consists of 3 components; a School-Based Assessment (administered by the school), a paper 1 and a paper 2. But due to the global pandemic, only one exam paper was administered, which means that they paid for an exam they did not receive. Further, students will have to pay US$30 per subject, per unit out of pocket to make a formal application to CXC to review their results.

NOW Grenada is not responsible for the opinions, statements or media content presented by contributors. In case of abuse, click here to report.
Tags: capecurlan campbellcxcdonan noelexamministry of educationproteststudenttamcc
Next Post 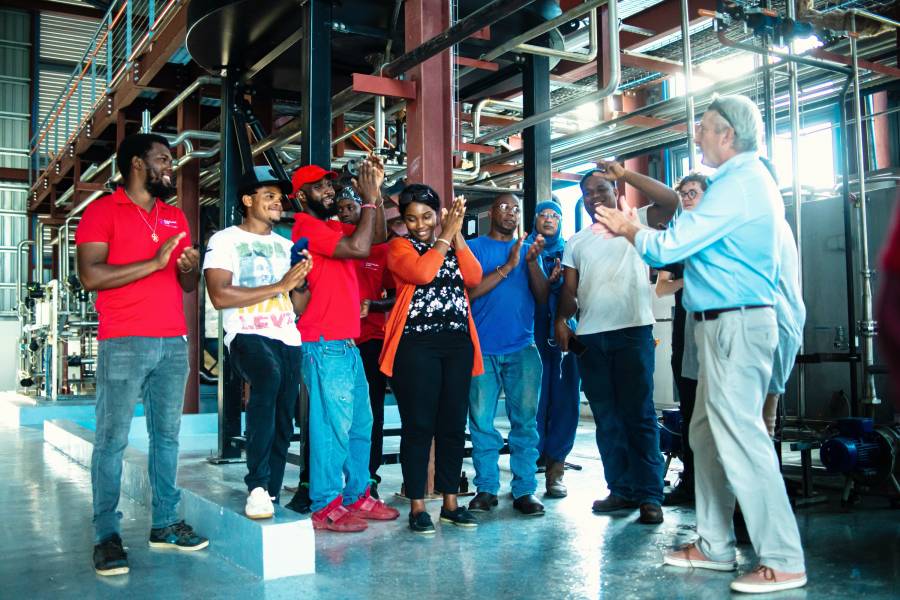