This story was posted 1 year ago
in OPINION/COMMENTARY
4 min. read

There seems to be a worldwide frustration driving non-compliance to Covid-19 protocols and regulations. And despite our haste and determination to enforce them for the greater good as we say, as humans, we would do ourselves a favour, to decipher and understand this behaviour rather than on stiffly enforcing compliance.

Firstly, it must be accepted that Covid-19 was indeed an unannounced disruptive intruder that totally upset our routines and schedules, plunging us into a panic mode without giving us the chance of gradually adjusting to what was quickly evolving as a new normal. It just swept across the globe like a cosmic hurricane, swooping down and infecting everyone in its deadly path while claiming hundreds of thousands of lives within a few weeks.

Unable to understand its advent, the allegations and conspiracy theories began. Initially, it was broadcasted that it originated with the meat of bats being sold in the Wuhan Wet Market in China and that it was contained to that locale. Then apparently, bat meat started to be sold in the Middle East as Iran, a Muslim country, got run over with the virus, followed by what “seemed to be” a targeted attack on Italy by the virus killing thousands. Making its way across Europe, the “Bat Meat” virus attacked the office of the Prime Minister Boris Johnson of Britain, hooking him up to a respirator in an intensive care unit.

Well, do we sell or eat bat meat in North America and the Caribbean? I guess this first ignorant diagnosis could not hold water and could not explain from whence this plague came or to wither it goes, raising eyebrows and launching a whole “pedagogy” of conspiracy theories and unexplained realities. No wonder, the average man on the street, despite his concern for his safety sees it as lies and more lies, and an attempt to control people!! And definitely, the favourite “Fake News” password of the 45th President of the USA did not make it any more thought-provoking.

Then came the theory that the virus was created to wipe out a certain portion of earth’s population, as Italy announced that they will treat the youth and young adults first and will have to let the elderly succumb to Covid-19 death sentence. Of course, here come 45th again, chiming in with his antidote of Lysol and bleach in his nonchalant non-mask wearing attitude. By the way, in his 70s, he alleges that he caught the virus and beat it easily within a few days. Then why the international hype and painful curtailing of people’s freedom?

As broadcast in mainstream media, it seems like China created an industry and serious money from the business model of supply and demand as they stepped up the manufacturing and supply of facemasks and other protective gear which were in desperate demand around the world. What do you think? Don’t you believe that the average man on the street will believe that it was a conspiracy to infect the world to supply the antidotal necessities?

And what about the vaccine? Don’t you think the average person will conclude that here again Big Pharma and all its giant financial backing gurus will want to infect the world to drive the dire need for a mandated vaccine and make multi-billions? Or better yet, with the allegations of having an RDF chip inserted with the vaccine, is it a mass identification drive rather than a genuine concern for human health and a return to our normal. Just asking for the average not-too-smart people! Or so we think!

However, with all these unanswered questions, all these conspiracy theories and an enemy which we definitely cannot see, further really believe, the ordinary man is enforced into dumb compliance to regulations and protocols! Imagine forcefully having to comply with regulations that stop you from enjoying lifelong important traditions like Christmas, birthday celebrations, weddings and even grieving for your departed family, when you do not really believe the reason for the enforcement nor do they add up in your mind. It is like being unfairly sentenced to jail beyond so-called reasonable doubt.

Despite me playing the devil’s advocate and giving a voice to people in the community through this article, please let me go on record here as an avid promoter of the Covid-19 infection control protocols!! However, let me give the powers-that-be a street glimpse of why we may not be getting full compliance to them. Remember, “BELIEF BECOMES BEHAVIOUR,” and we can’t expect full adherence or behaviour change if we haven’t satisfactorily sold the public on the facts of the imminent threat and cause them to BELIEVE.

Let me use this opportunity to wish all a Merry Christmas and Happy Holidays despite the circumstances that deter our usual traditional celebrations with friends and family. Please stay safe and obey the regulations and protocols because after doing my research and keeping a tab on what’s happening across the globe, I BELIEVE that the VIRUS IS REAL and will KILL YOU!! As a result, it has changed my BEHAVIOUR, and I hope it does yours also!!

Hoping and praying for a better and healthier 2021.

NOW Grenada is not responsible for the opinions, statements or media content presented by contributors. In case of abuse, click here to report.
Tags: christmascoronaviruscovid-19neals chitanpandemicpatient zero
Next Post 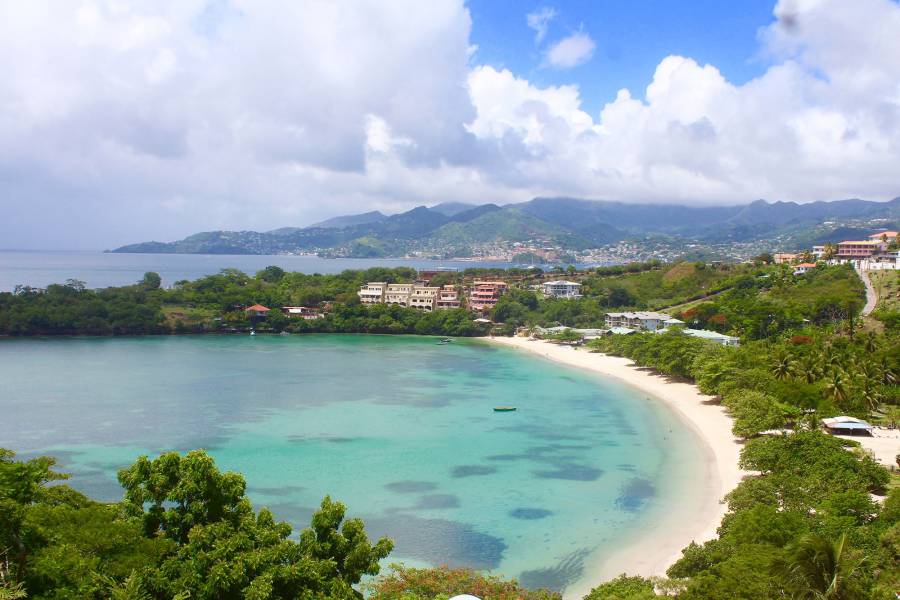