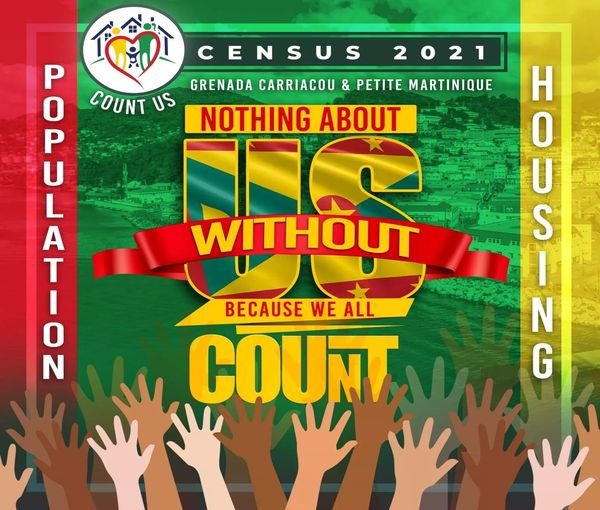 This story was posted 12 months ago
in General News
3 min. read

“Nothing About us without us because we all count” is the slogan for the 2021 Population and Housing Census which will be conducted from September to December 2021.

“The Population and Housing Census is the most important and accurate source of data about the people and on the housing stock of any country as it is based on factual data collected on each individual in the population,” Statistics Minister Gregory Bowen said during a ceremony to launch the national exercise.

He said that Statistics is often referred to as the voice of the people and for this census, it is important for the voices of everyone to be heard so that we can better satisfy your needs and plan for your future. “It is the only source of data that covers essential characteristics about the entire resident population and reports this information at community level which is the smallest geographic subdivision,” he said.

“This information is in high demand, frequently used by many, and is only captured during a census. It also provides a robust source of statistics for the work of the National Statistical Systems, being used as benchmarks, for household survey programmes,” Bowen informed those who participated in the virtual launch.

“When this population data is coupled with Geographic Information System, it provides a rich source of geospatial information for planning and monitoring as well as solving development challenges and addressing crises brought on by natural disasters. This is so crucial for building a resilient nation,” he added.

Elaborating on the areas that the findings of the census will apply, Bowen said, “This rich and fresh dataset to be produced from the 2021 census will update the analysis we have already done from the 2011 results.”

“When complemented with other data sources and Geographic Information System, the census becomes a powerful analytical tool which can transform our lives. Information from the census will be used for many years to come in trend analysis and comparison across census years,” he said.

Halim Brizan who is the Director of Statistics explained that the primary objective of the 2021 Census is to gather and provide detailed information on the population which includes statistics on the demographic, economic, and social characteristics of the population as of this date.

“The population is basic to the production and distribution of material wealth. In order to plan for, and implement, economic and social development projects, administrative activities, and scientific research, it is necessary to have reliable and detailed data on the size, distribution, and composition of the population,” said an explanatory note on the Statistics Office website.

Brizan said the 2021 Census is to be Grenada’s first paperless census utilising the Computer Assisted Personal Interviewing (CAPI) technology. The census will be conducted using tablets and the World Bank-designed Survey Solutions software. At the end of the Census, there will be an update to Grenada’s population count which currently stands at 112,579.