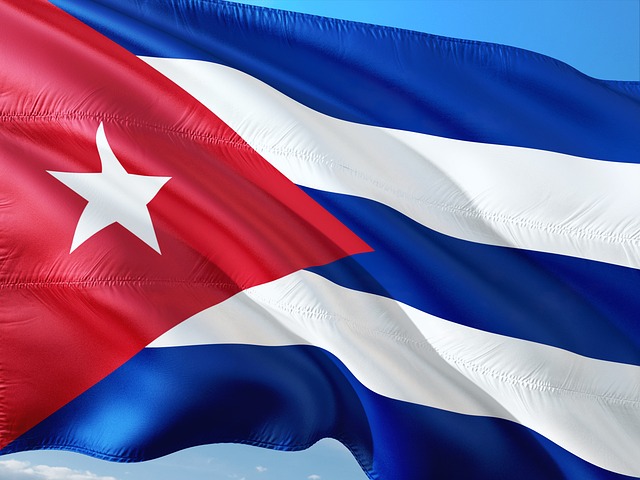 The Cuba Solidarity Campaign calls on the US Government to suspend the blockade of Cuba to allow emergency medical and humanitarian aid into the country in order to ease the economic and health crisis the island is experiencing.

The current emergency is a result of the ongoing US blockade, an additional 243 sanctions imposed by the Trump administration, and the impact of the Covid-19 pandemic.

Cuba has shown incredible resilience in the face of 6 decades of economic warfare by the US government in the form of a blockade intended to strangle the economy and create hunger and hardship in an attempt to destabilise the country. The Cuba Solidarity Campaign opposes any calls for foreign intervention coming from those in the US who seek to exploit the current difficulties and provoke unrest. The solution to the challenges Cuba faces must be resolved by the people of Cuba and we support the efforts that the Cuban people and their government are making to fight the pandemic in the face of ongoing sanctions and provocations from the US.

On Sunday, 11 July, some street protests took place against the scarcity of food, medicines and power supplies. The vast majority of these protesters have genuine concerns regarding these shortages. President Miguel Díaz-Canel travelled to San Antonio de los Baños, site of the original demonstration, and spoke to people about their grievances.

Some groups are seeking to exploit and provoke this difficult situation. They called for people to protest in other locations, resulting in protests in some towns and cities. In response, thousands of Cubans supporting the government have taken to the streets across the island in counter-demonstrations against US interference.

Now right-wing, pro-blockade, and regime-change politicians and groups in the US are also seeking to manipulate the situation. They have called for a so-called “humanitarian corridor” (a pretext for US intervention) to be set up. Anyone genuinely interested in helping the Cuban people at this time should instead be calling for the US government to ease the crippling sanctions.

The calls for US aid delivered through a US-imposed “humanitarian corridor” are disingenuous and fraudulent. These are the same people who hypocritically call for humanitarian intervention while supporting blockade policies which have caused shortages of food, fuel and medicines.

CSC condemns those in the US and internationally who are cynically using the situation to destabilise Cuba, and supports Cuba’s right to self-determination.

The Cuba Solidarity Campaign appeals to the Biden administration to observe the recent United Nations General Assembly vote on 23 June 2021 which voted 184-2 for an end to the blockade of Cuba. It is immoral and dangerous to seek to exploit the current struggles of the Cuban people to serve the political objectives of a few hardliners in Miami.

Genuine efforts to support the Cuban people are welcome. Individuals and organisations can directly help by becoming members of CSC. Donations can also be made to CSC’s Covid-19 Medical appeal here: Covid-19 Medical Appeal for Cuba.

In recent days Cuba has experienced its worst increase in Covid-19 cases since the beginning of the pandemic, with a severe outbreak in the Matanzas which has stretched capacity in hospitals and isolation centres to the limit. Five hundred medics from other parts of the country have been deployed in the province to help. It is important to note that while the situation is severe, the numbers of cases and deaths are far below those in most other countries of the region including the United States itself which as of 10 July had a death rate of 1,870 per million compared to Cuba’s 139 per million.

At the same time Cuba is in the midst of its most severe economic crisis for more 30 years. The 60-year-old US blockade was tightened by the Trump administration by imposing 243 extra sanctions – all of which remain in place. These measures had already resulted in grave food, medical and fuel shortages before the pandemic struck. In addition, increasing numbers of banks are refusing to transfer funds to Cuba for fear of US fines, and it is now almost impossible for Cubans living abroad to transfer money to family on the island. With the onset of Covid-19, Cuba has also lost vital income from international tourism, which was down 94 per cent in the first four months of 2021.

Fuel shortages are causing many power cuts, which in the height of summer mean that air conditioning and fridges don’t work. There are long queues for food, medicines and basic goods. Without doubt the Cuban people are experiencing incredible hardship. People with friends or family in Cuba will have heard how difficult things are.

Last year the US blockade even prevented delivery of a consignment of Covid-19 medical aid for Cuba, including PPE, ventilators and testing equipment. Despite having two home-grown vaccines, Cuba’s vaccination roll-out programme is hindered by a lack of syringes and raw materials as a direct result of the blockade. Solidarity organisations around the world have had funding sites raising money for Covid-19 medical aid closed down because of blockade measures. CSC itself receives numerous enquiries from people who can’t find a way to transfer money to friends and family in Cuba. Meanwhile, the US government spends millions of dollars every year on so-called “democracy promotion” on the island, funding groups and individuals who work undercover attempting to build US-supported opposition.

If those calling for humanitarian aid to Cuba were genuine in their intentions they would start with calling for the blockade to be lifted to allow medical and other supplies to be sent to Cuba. However, their true objectives are those of the blockade itself. As the infamous US State Department memorandum on the blockade of 1960 laid out:

“The only foreseeable means of alienating internal support is through disenchantment and disaffection based on economic dissatisfaction and hardship… every possible means should be undertaken promptly to weaken the economic life of Cuba… a line of action which, while as adroit and inconspicuous as possible, makes the greatest inroads in denying money and supplies to Cuba, to decrease monetary and real wages, to bring about hunger, desperation and overthrow of government.”