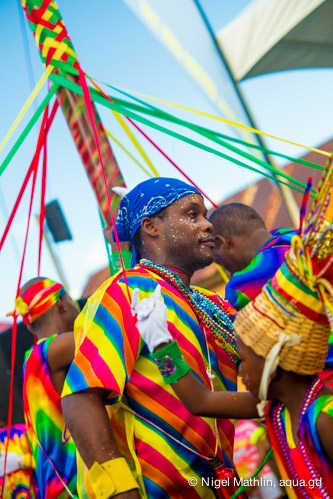 From time immemorial, ancient cultures saw the significance of convening with mother nature through rituals celebrating the changing seasons, fertility, death, rebirth and rites of passage.

Ancient celebrations passed down from generation to generation, in modern times, have been integrated into our cultural expressions. Here in the Caribbean, there are many such examples brought to the region and adopted by its inhabitants either voluntarily or by force. Take, for instance, the Transatlantic Slave Trade that saw our ancestors forcibly shipped to the Western Americas and, through this process, creating a melting pot of peoples from different cultures, and cross-cultural exchanges.

Dancing of the maypole is a tradition that spans multiple regions, with historical evidence traced to Rome, Western Europe, India, Latin America and Northern Africa, serving either as a celebration of spring (or mid-summer in Scandinavia), performed on May Day, or fertility for the upcoming planting seasons.

The complex dance routine around a once-living tree, originated in ancient Babylon fertility rites, with the pole signifying a phallic symbol representing life, fertility and the ability to reproduce. The rise of the Christian era saw the symbolic dance considered a pagan ritual in Europe right up to the end of the 19th century. Being labelled as pagan didn’t stop the tradition, which is still practiced today in many parts of Europe and brought to the Caribbean during slavery.

In Grenada, maypole dancing can be seen around the carnival season, but it was a typical display at village festivals and cultural events. Many elements have changed with the inclusion of African cultural expressions, dance and songs, but the maypole retained its multicoloured basket weave patterns. Traditionally, boy and girl dancers position in pairs begin their routine dance, then reverse their steps to undo the ribbons’ pattern. This braiding down the pole by dancers represents the lengthening of the days as summer approaches.

The maypole dance is slowly dying out on the island, which prompted one social studies teacher in St David to revive the culture. Marlene Neptune stated that a once “pagan” ritual can now be used as a teaching tool to instill a sense of purpose, identity and structure in her students. She was exposed to maypole dancing at a very young age by her parents Lawrence and Nester Christophe. Neptune started teaching the tradition to her students as part of a Heritage Camp in 2011. It has grown to involve more students and communities in St David where the culture stayed alive the longest in places like Requin, Belle Isle and Winsor Forest where some of the last surviving dancers reside, many retaining the memory of the history of maypole that was passed on to them.

Most notably is Josephene Joseph residing at Belle Vue, St David. She has played a prominent role in the early days of maypole in Grenada. “Belle Isle and Requin, they competed against one another to dance the Maypole so part of the carnival; they will walk with the pole along the road and they will stop at certain points and they will dance the maypole, so it was a very serious thing, there were times they will have conflicts, with villages against one another,” she said.

Neptune has vowed not to allow the culture to die, and is on a mission to include some of the last surviving dancers in its revival. A group called Cultural Keepers has been established at St David’s Catholic Secondary School to promote the teaching of the maypole. It is the group’s goal to have one group in every parish through the state. “As a teaching tool, what I taught them was apart from the fact that we are studying our heritage, but we are also studying ourselves as Grenadians and as such the pole is very symbolic — the pole was symbolic of Grenada and all the ribbons and each of them [students] which is an extension of the ribbon — is a very valuable human resource from different cultures, colours and professions but if we are able to work together, we can create something beautiful which is Grenada,” she said.

Cultural Keepers engages villages with community maypole, and with the inclusion of elders, serve to bridge the generation gap. Sharing similar sentiments was Cheryl “Lady Cheryl” Antoine who grew up keeping the tradition alive. She reminisced on the golden days of dancing the maypole. She described dancers — comprising captain, vice-captain, dancers and Kettle and Sangba Bass Drummer — women wearing frilly veils and dresses starched to accentuate the look with the “pretty” petty coat laced adorned with bells (called willows). She spoke of men and women wearing bath towels with crowns on their heads, with the group captain holding a whip to control the band, and that it was he alone who could collect the money from the crowd. After 2 main days of dancing the maypole on Carnival Monday and Tuesday, they proceeded to the village fete to culminate the activities. “The maypole was used to bring the community closer together. From the richest to poorest, they all come together to be a part of that feast and for the elders who are unable to make it, then their food will be delivered,” Antoine said.

She said one of the main features of dancing the maypole is the singing aspect, which was used as a method of social control, keeping people in check through fear of having their names and actions exposed to the public. “Everything that happens in the community will be related in songs around carnival time. So, the maypole dance sought of kept the people within the community at attention, to keep them on their toes or their names will be called in maypole.”

With such historical significance here in Grenada, the dancing of the maypole serves as a reminder of our past, but can also help us to build community. 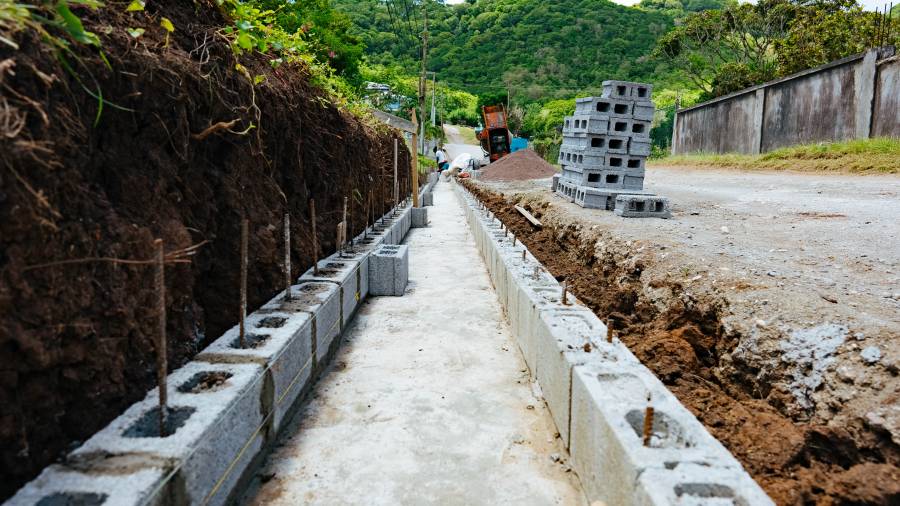