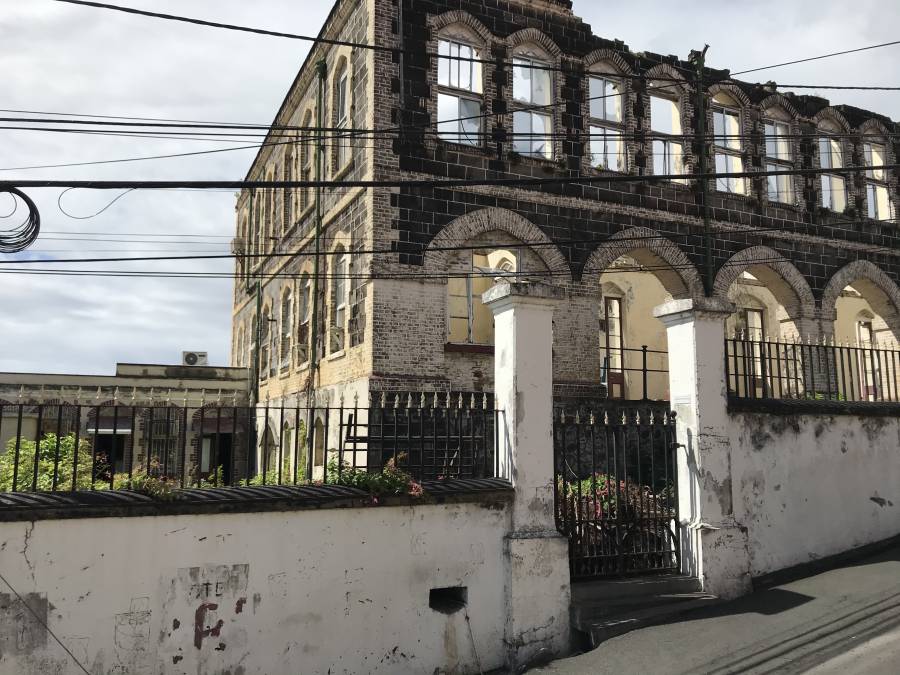 Uglification of our capital city – our diminishing Grenadian identity

Uglification of our capital city – our diminishing Grenadian identity

Several times in the past, the Willie Redhead Foundation through the Sentinel, which is its official mouthpiece, has brought to the public attention the deplorable state of our capital city with special reference to the ongoing disfigurement of the Market Square together with the decaying District Board building which forms part of the (Market Square) complex, the Abattoir buildings restoration – not to mention the collapsing Museum balcony and the loss of Huggins Farm and Garden balconies on Granby and Halifax Streets in the heart of our capital city – a living testimony to the continuous uglification of historic St George’s, with no indication for a positive change in the absence of progressive leadership.

The above list is just a few of the derelict structures in St George’s which our visitors photograph and take away as a memento of Pure Grenada. But when I received a copy of a letter from Ms Sandra Ferguson dated 2 October 2021 to the Hon. Peter David about his legacy, as the long-time (18 years) parliamentary representative for the town of St George, I was constrained to put pen to paper in solidarity with the cause which she expounded for the protection of St George’s as a tangible representation of our national identity.

There is a school of thought which espouses that there must be legislation in order to protect our built heritage, but how could one expect the current crop of legislators who do not appreciate our heritage, to pass legislation to protect it? In any case – protection of our heritage is a patriotic duty – not requiring legislation but public suasion by the powers that be, by showing an example in a planned building restoration programme as part of our economic development strategy.

The Georgian capital city of St George’s – “lying between the mountain and the sea” – has long been recognized both globally and regionally as the prettiest little town in the Caribbean – the envy of its Caribbean neighbours, which was declared in 1988 by the Organisation of American States (OAS), “A monument of the wider Caribbean”. 33 years have passed and this accolade no longer applies, as witnessed by the continuous decline under the prevailing mediocrity-post independence, from 1974 to the present (2021).

The Market Square in a city or town is usually a civic open space for public intercourse where a country’s cultural expressions are displayed, experienced, and are exposed to the public. This facility has long been taken away from us by our post-independence politicians, who apparently have no appreciation for open green spaces which serve as the lungs of the city and is a necessary part of a healthy and spiritually uplifting environment – echoes of Queen’s Park, the Esplanade, the Botanical Gardens, and more recently the attempt to deprive Grenadians of Camerhogne Park on Grand Anse beach.

Ms Ferguson’s letter to the parliamentary representative was particularly concerned with the considerable amount of funds (EC$4.4million) – that are being utilized in creating an unfinished ghetto as part of his legacy – after so many years in this capacity, and to query whether the Chinese pagoda on the Halifax Street access to the market had received the people’s approval, or is it just another official symbol of Chinese colonialism in honour of “the people who feed us”, as we continue to witness our diminishing Grenadian identity.

Another concern of Ms Ferguson is the work being undertaken as the “St John’s River Flood Control project” – and enquires whether an Environmental Impact Assessment (EIA) was done, in order to inform the design process in a most sensitive river-rain project in an area that has potential in my view for an upscale riverside development. In a recent television interview, the Chief Agricultural Officer indicated that in order to effectively manage and reduce the flooding at River Road, the development (urbanization) in the upper region of the river must be controlled by reforestation of the river banks in order to significantly reduce the current river velocity after rainfall.

As Ms Ferguson opined, “A river is a living entity”. This reality has manifested itself recently and on many previous occasions when the river overflows its banks and the residents of River Road are left at the mercy of the elements. The purpose of the project is to prevent this from occurring in the future, and Ms Ferguson is not convinced, based on the experiences of other countries, that this would be achieved under the present construct, and fears that part of the river would become a big concrete drain rather than a design to enhance the function of an organic entity.

Like Ms Ferguson, I am sure that there are many other Grenadians both at home and in the Diaspora asking themselves the same question – “What is the legacy of Hon. Peter David“ to his constituency in the town of St George – and by extension the Grenadian public, after his long and inauspicious portfolio? Perhaps my opening paragraph would be the record for the history book of the town which would highlight an opportunity that was lost to retain our historic capital city as “a monument of the wider Caribbean”.

The above scenario provides a bird’s eye view of the continuous uglification of our capital city and the unobtrusive erosion of our Grenadian identity. This state of affairs can be halted and reversed if we the people take control of our destiny and usher in a new dispensation that abhors meritocracy and corruption, and which forever relegates us to an impoverished and underdeveloped 3rd world country. 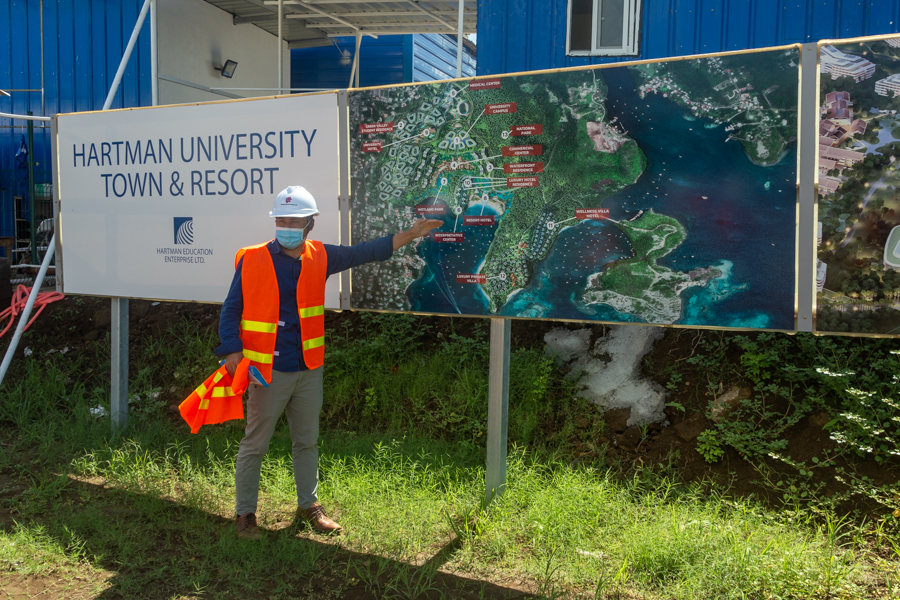