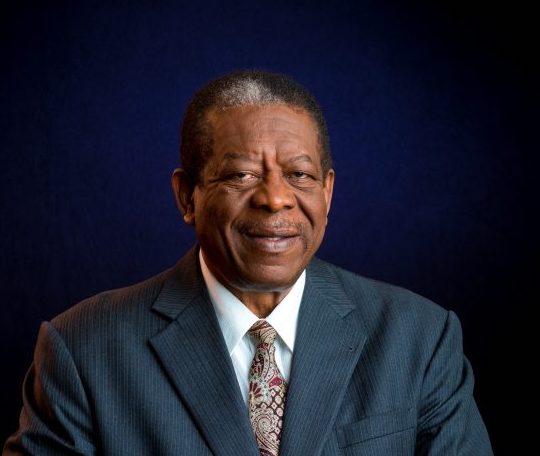 Former Chief Justice Sir Dennis Byron was named as a member of a 5-member committee set up by the Government to provide technical advice and other general guidance on the recent High Court ruling which declared the closure of public sector pension schemes unconstitutional, retroactively establishing pension entitlements for public employees who entered the service after 1985.

Trade Unions in Grenada representing public officers took the Government to Court challenging the 1985 Pension Disqualification Act (PDA). They were claiming that it was an unconstitutional piece of legislation and the Court ruled in their favour. The PDA provided for a pension to be paid to public officers from the National Insurance Scheme (NIS) and not from the consolidated fund.

Prime Minister Dr Keith Mitchell said in a national address on Tuesday night that the government expects that the Committee will have actionable recommendations within three months. “They will use their expertise and experiences in studying the entire issue with an objective to make specific recommendations to the government,” he said.

The Prime Minister, in his live address before an audience at the Grenada Trade Centre, said that the ruling implies that pension benefits would become payable to public employees who were hired after 1985 and affect four different categories of workers.

He explained that payment implications of the ruling comprise:

“While the ruling only focused on the constitutionality of certain features of the pension acts governing public sector pension, it is nevertheless creating a pension system which differs considerably from what was envisioned by both the 1983 reform and its revisions in the past 30 years,” Dr Mitchell informed the nation.

“The court ruling,” he said, “has created a 2-pillar pension system for public sector workers which, without further changes, would create a large fiscal burden on the state, since in its current construct, it is non-contributory.”

“The original pension reform concept of the early 1980s did not foresee public sector employees earning two pensions in parallel: one from the contributory NIS and another one from the non-contributory public schemes,” he said while pointing out that as part of the wider national dialogue, it is a matter that must be addressed through rational discourse and widespread consultation.

The fiscal obligations of the court ruling are still being tabulated but preliminary indications are that the Government will have to find $465 million. And then on average, about $120 million each year, for at least the next 37 years, and that figure is without considering inflation.

“The fiscal impact of the court ruling will be dominated by benefit obligations towards current employees who could have retired earlier under the re-instated pension scheme rules. The timing and consequent cash flow impact of these obligations can vary within a wide range, depending on behavioural responses of the employees concerned,” he said.

Dr Mitchell who formerly served as the Minister for Finance said that in the current version of the fiscal impact estimate, the number of new retirees and their benefits was estimated using simple statistical methods for the period of 2023–2030. “That has serious fiscal implications and is no walk in the park. But this administration, the Government of the day is determined and committed to finding a fair solution,” he said.

Since the judgment was handed down in late March, Government officials have been holding many discussions with all stakeholders, seeking local and international technical advice as it considers what’s best for the nation in approaching the challenge.