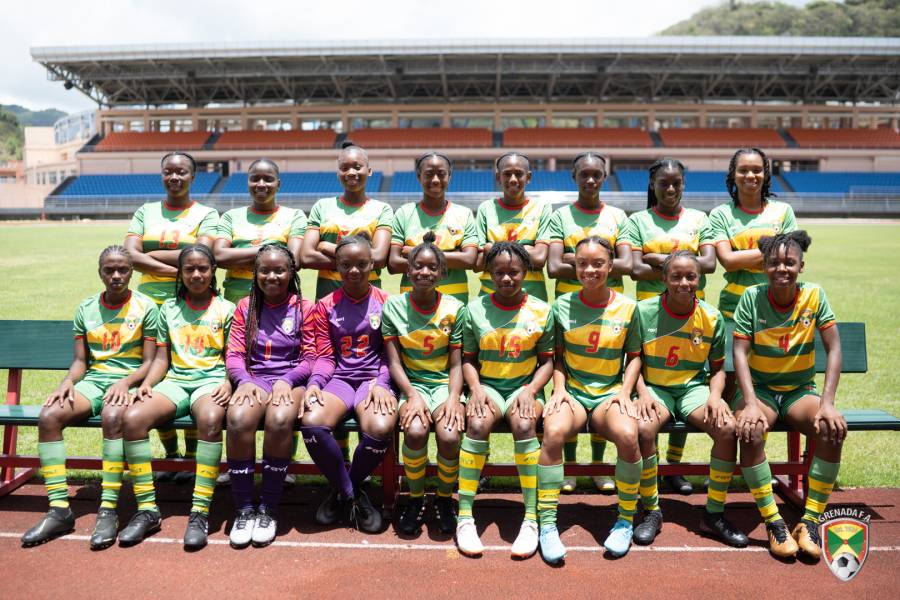 Grenada U17 Women’s Team to stake their claim

Grenada U17 Women’s Team to stake their claim

The Grenada Under-17 Women’s National Team returns to international action this weekend at the 2022 Concacaf Women’s U-17 Championship in pursuit of a World Cup spot.

This tournament which runs from 23 April to 8 May in the Dominican Republic represents the first international matches for this age group since 2020. Team Grenada who has been steadily training with camps and several practice matches and friendlies is in Group G along with the USA, Puerto Rico and Costa Rica.

The Spice Princesses campaign began on Saturday, 23 April against the USA at the Estadio Panamericano at 4 pm. Grenada then faces Costa Rica on 25 April at 7 pm and wraps up the group stage against Puerto Rico on 27 April at 4 pm at the same venue. The team left the island on Thursday, 21 April in high spirits for this challenging tournament.

U17 Women’s Head Coach Nigel Randy Boca is looking forward to the Tournament and Grenada’s first match against the USA. He said, “Our ladies are ready and motivated, feeding off of the practice matches last Saturday and Monday which we won 7-4 and drew 4-alls. We know the task at hand will not be easy but we are ready to give our best. The support of the general public means a lot and we want fans to remember that these young ladies are making many sacrifices to represent the nation. “

The biennial Concacaf Women’s U-17 Championship will qualify 3 teams to the 2022 FIFA U-17 Women’s World Cup in India and crown a confederation champion for North America, Central America and the Caribbean. Twenty teams from across the Concacaf region will compete at the tournament. Grenada hosted this tournament in 2016 and was showcased to the world. Matches can be viewed live via Flow Sports.

Oversight, Appropriations, and Partnership top agenda for US and Caribbean Lawmakers