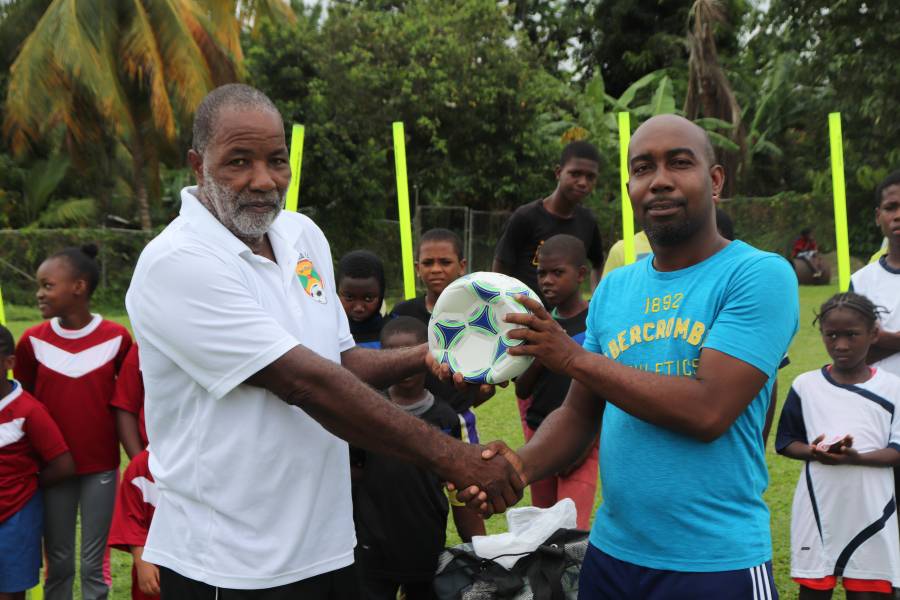 Grassroots development is a critical foundation for any successful national football programme and a pillar of the GFA’s strategic plan.

The first handover of equipment, including agility poles, speed rings, cones, balls, hurdles and uniforms was made to the Soubise Youth Football Programme by GFA Director for St Andrew Peter Blair, BEM. “I am happy because it has always been my dream as parish director to see grassroots programmes operating throughout St Andrew,” said Blair.

Accepting the equipment was Coach of the Soubise Youth Football programme Oscar Williams. He thanked the GFA and stated that he was excited to coach and lead the children in the community on the right path.

GFA Technical Director Jerry Alexis was present at the handover and he said the initiative was part of the GFA’s grassroots drive to expose young people to the opportunities in football. He further stated, “The GFA is working to select U13 players to work with for the next four years in a talent development programme to build a strong cadre of players to represent Grenada in the future at the U17 and U20 levels.”

President of the GFA Cheney Joseph was also present at the handover. He said, “The GFA will continue to facilitate all initiatives that allow young people to reach their full potential and achieve their dreams.”

Senator Judd Cadet attended the ceremony and endorsed the initiative while Minister for Sports and Parliamentary Representative for St Andrew South West Yolande Bain Horsford thanked Blair and GFA President Cheney Joseph for the support to create an avenue to keep children in the area positively occupied. She further stated, “I would like to see grassroots programmes in all communities of the constituency to identify talent and provide opportunities for young people.”

Speaking on behalf of the club, Vice President Edward Fortune said, “We are happy for this initiative because this programme helps not only football but the development of the youth in general.”

The GFA’s present grassroots development drive started in 2021 when 24 grassroots academies received equipment and uniforms. This recent handover was valued at EC$4,000. 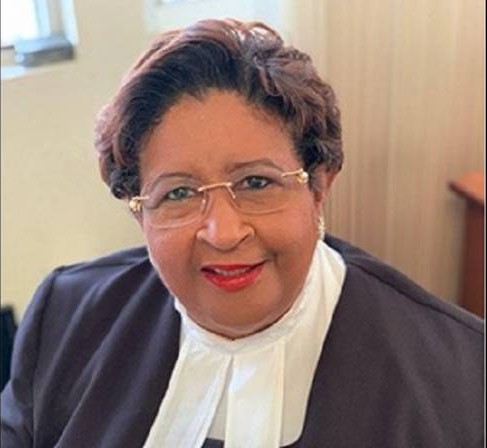 A tribute to Celia