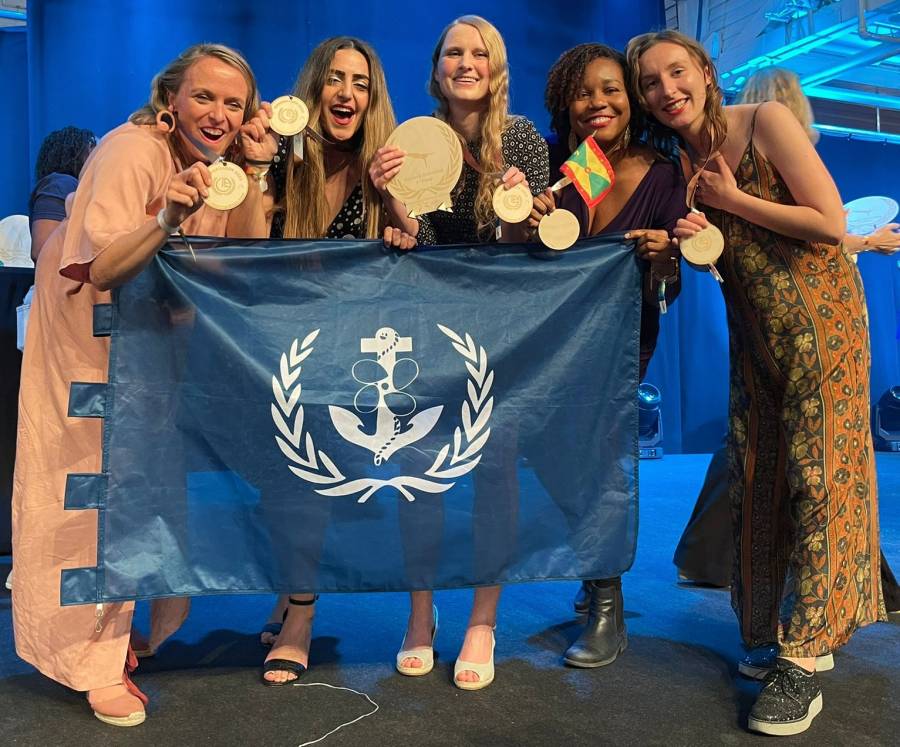 Roxanne E D Graham, a faculty member at St George’s University (SGU) and currently on a leave of absence, is a PhD candidate in Maritime Affairs at the World Maritime University (WMU), Sweden, funded by the Nippon Foundation, Japan.

Graham is one of 4 Caribbean candidates selected for the Closing the Circle Programme.

She represented WMU (which is categorised as a United Nations Agency, under the parent organisation of the United Nations-International Maritime Organisation) at the  UN Inter-Agency Games Women’s Swimming Competition.

In an email, Graham wrote: “I’ve never swam competitively in my life, but practiced for a few weeks prior to the competition with the help of my team (staff members at the WMU — Elnaz Barjandi (Team Captain),  Aleke Stöfen-O’Brien, Linda Del-Savio and Kathleen Auld).”

“In the swimming competition held on Friday, 17 June at the Kildeskovshallen Sport Venue in Gentofte, Denmark, I placed 3rd in the 50m backstroke, and in the Medley Relay (where I also swam backstroke), we placed third also.  WMU placed third overall. It’s quite the achievement as it’s the first time the university was represented at the inter-agency games, and a Grenadian is among the bronze medallists.”

The award ceremony was held on Saturday,18 June in Copenhagen, Denmark.