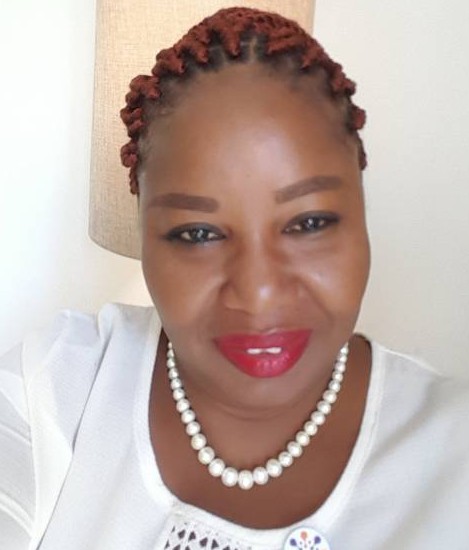 Her Majesty Queen Elizabeth II, as Head of the Commonwealth, has today, 10 June, recognised Kerlin Charles, representing Grenada, as the 227th Commonwealth Point of Light in honour of her exceptional voluntary service supporting people in Grenada living with HIV/AIDS.

Charles is a sexual health expert who created ‘GrenAIDS’ in 2010 to support people living with HIV/AIDS, including implementing education programmes for schools, hosting community awareness activities, and setting up a dedicated food bank for people with HIV/AIDS. Charles has also spearheaded a ‘Love Without Fear’ campaign with national organisation ‘GrenCHAP’ which she merged with ‘GrenAIDS’ in 2020, to improve education of sexually transmitted infections, particularly amongst the LGBTQ+ community. She has further developed training videos for healthcare workers, police officers and counsellors on how to better support LGBTQ+ people.

Charles said: “I am honoured and humbled to accept this award. This award is for the civil society organisations, such as GrenCHAP and GrenAIDS, the community members, and my friends, who gave me the opportunity and the space to make a valid contribution to the cause. I owe my growth, skills, and experiences to civil society organisations, my friends and families, who are my cheerleaders and my motivators. Thank you to those who recognised, supported, and nominated me for this award. The work has just begun; we have a tremendous opportunity to create and demand change for those who are marginalised. Let us collaborate and support each other in the fight for equality, respect, and justice. Heartfelt thank you to the Commonwealth Points of Light for this recognition.”

Wendy Freeman, Resident British Commissioner to Grenada, said: “I would like to congratulate my friend Kerlin on this well-deserved award. As a trailblazer, she continues to support marginalised groups in Grenada often with very limited resources. The British High Commission in St George’s remains committed to supporting her and her organisation in their excellent work throughout Grenada, Carriacou and Petite Martinique.”

The Commonwealth is a diverse community of 54 nations and 2.4 billion citizens that work together to promote prosperity, democracy and peace. The Heads of Government meeting brought together leaders from all the 54 Member countries to reaffirm common values, address shared global challenges and agree how to work to create a better future for all citizens, especially young people. Voluntary service is a vital part of this agenda, which is why Her Majesty The Queen has chosen to recognise outstanding volunteers across the Commonwealth in this special way.

NOW Grenada is not responsible for the opinions, statements or media content presented by contributors. In case of abuse, click here to report.
Tags: british high commissioncommonwealthgrenaidsgrenchaphiv/aidskerlin charleslgbtpoints of light award
Next Post