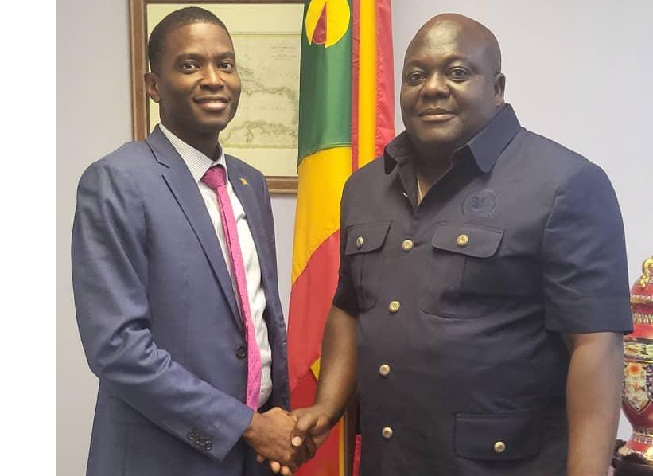 Prime Minister Dickon Mitchell said that stories citing a statement of a Nigerian businessman in the oil and financial sector in his homeland claiming that he was appointed as an ambassador-at-large for Grenada by the National Democratic Congress (NDC) administration, are false, because there have been no diplomatic appointments since the party was voted into office on 23 June.

“Our government has not appointed any ambassador at large, nor any honourary consul. We have made no diplomatic appointments. I indicated at the swearing-in ceremony of the ministers of cabinet that we were recalling all diplomat appointees,” said the Prime Minister when he was questioned about the appointment during the post-cabinet briefing on Tuesday.

Tochil Nwaneri from Imo State is widely reported by several Nigerian newspapers to have stated that his appointment came into effect on 11 July and he will be at the helm of affairs as Chairman of the official Diplomatic headquarters which will be situated in Abuja.

Nwaneri also promised to use his new office to further strengthen and create investment opportunities between the two countries, and said that Nigeria and Grenada will be having an investment summit in October 2022 to be held in Grenada.

In another Nigerian news website which published the statement, there is a photo with both Nwaneri and PM Mitchell shaking hands in front of the Grenada flag. The Prime Minister said that the photo was one given during a courtesy call.

“I met the gentleman last Monday evening. It was a courtesy call that he asked to pay to me. He was accompanied by another Grenadian who was also appointed as a diplomat by the prior administration and when he made that courtesy call, he asked for a photo and the photo was given. When I met the gentleman, I certainly was not under the impression nor did he convey to me that he had been appointed as any diplomat,” said the Prime Minister who preferred not to name the former Grenadian diplomat who accompanied Nwaneri.

NOW Grenada is not responsible for the opinions, statements or media content presented by contributors. In case of abuse, click here to report.
Tags: ambassadordickon mitchelllinda strakernigeriatochil nwaneri
Next Post