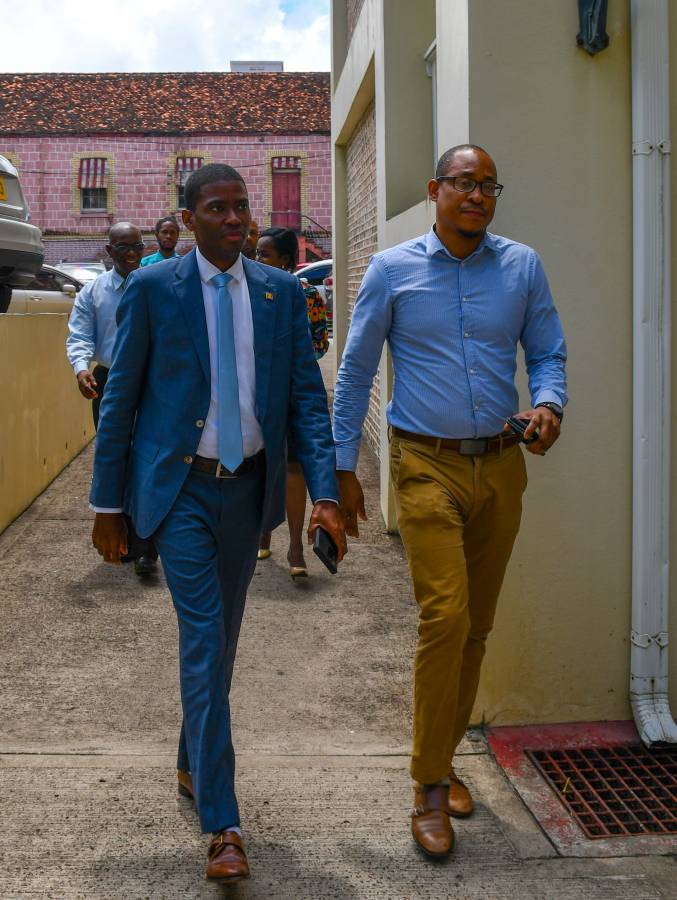 Mike Sylvester appointed to ECCB Board of Directors

Mike Sylvester appointed to ECCB Board of Directors

Prime Minister Dickon Mitchell and other members of the Monetary Council of the Eastern Caribbean Central Bank (ECCB) have appointed Mike Sylvester, Permanent Secretary in the Ministry of Finance, to serve on its Board of Directors.

This was among the decisions made at the 102nd Meeting of the Monetary Council of the ECCB, which was held at the Golden Grove Ballroom, Harbor Club Hotel, Gros Islet, St Lucia, on 22 July 2022.

The meeting was held under the Chairmanship of the Honourable Philip J Pierre, Prime Minister and Minister for Finance of St Lucia.

Sylvester became the “newly Appointed Director for Grenada to serve the unexpired term of the former Director, 25 June 2022 to 31 January 2025,” said the communique issued following the meeting.

The communique said that John RS Skerritt, Consultant, was reappointed as Appointed Director for Montserrat from 10 August 2022 to 9 August 2025. Skerritt’s current tenure naturally ends on 9 August 2022.

The Monetary Council also approved the Appointment of the Governor of the Eastern Caribbean Central Bank to serve as Alternate Governor for the Commonwealth of Dominica to the International Monetary Fund (IMF). The appointment is for the period 1 September 2022 to 31 August 2023.

At its 11th Meeting held on 10 August 1990, the Monetary Council agreed to appoint the Governor of the ECCB as Alternate Governor to the IMF on an annual rotational basis for the Bank’s participating governments (excluding Anguilla and Montserrat).