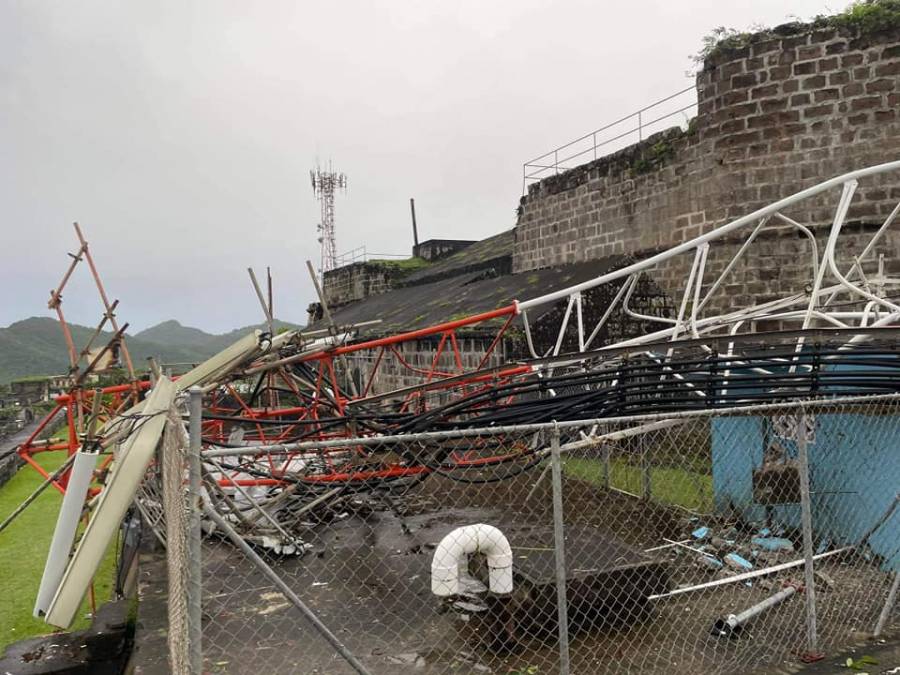 Prime Minister Dickon Mitchell, who is also the Minister for Disaster Preparedness, has disclosed that the assessment of the extent of the damage from the unexpected hurricane-force winds which affected the island early Sunday morning is not yet decided.

“Assessments on the extent of the damages continue, however, initial surveys of this exceptional weather event reinforce how vitally important it is that we strengthen our climate resilience mechanisms,” said a message on his Facebook page almost 36 hours after the thunderstorm. Wind gusts of up to 80.6 mph qualified as a Category 1 hurricane.

“Our hearts go out to everyone who has suffered losses as a result of this adverse weather. Our emergency teams have been in contact with several of the most affected persons and we have provided tarpaulins and other necessary items for short-term protection from the elements.” The message was shared on the Government Information Service (GIS) Facebook page.

“We are also grateful to the neighbours and friends who are pitching in and sacrificing to help those in need right now. This is the true spirit of who we are as a people. As we progress into the hurricane season, all citizens are asked to remain vigilant and stay tuned to official channels of information.” The Prime Minister also chairs the National Emergency Advisory Council.

Forecasters at the Meteorological Office at the Maurice Bishop International Airport (MBIA) said that the thunderstorm occurred when cloudiness associated with Tropical Wave number 24 developed unexpectedly to bring Category 1 hurricane force winds to the State of Grenada and other Caribbean countries.

Forecaster Fimbar Frank explained that the event which unfolded indicated there was rapid cloud development to the immediate east of Grenada. He said the mass of clouds (convection) continued to develop as it moved overhead and between 2 am to 6 am.

“The weather expert explained that the unfamiliar weather events which unfolded were extremely difficult to predict and as a result, no advisories were issued before,” said a news release from the National Disaster Management Agency (NaDMA).

Damage included fallen trees in roadways; the collapsing and disintegrating of a tower belonging to a telecommunication provider, outage of electricity to more than 2,000 customers, loss of water in 5 parishes, the loss of roofs to residential properties as well as damages to the roof of the national stadium.